In September 2017, super influencer Arielle Charnas of Something Navy was said to rack up more than $1 million in sales for Nordstrom in less than 24 hours with her debut clothing collection, Something Navy x Treasure Bond. This is just one example of the incredible impact that influencer marketing can wield for retailers and brands.

This feature hits on the latest trends, best practices and case studies in influencer marketing, including:

“Brands are starting to experiment a little more with influencer marketing itself,” said Michael Froggatt, Director of Intelligence at Gartner L2 in an interview with Retail TouchPoints. They are making these moves in part because “Facebook and Instagram are looking to essentially curb free reach of brands and make as much money off of the brands as they can, in order to continue to make their services free. Influencers, in particular, are one way for brands to get closer to their consumer and disintermediate the platforms themselves.”

While influencer marketing has been on marketers’ minds for some time now, the practice has quickly evolved beyond celebrity sponsorships and macro or super influencer collaborations. Today, brands and retailers of all sizes and budgets can benefit, as micro influencers — defined as influencers who have between 1,000 and 50,000 followers — gain popularity.

“The real growth right now is brands looking to work with micro influencers — people who don’t have a million followers, but maybe only have 10,000 in the core demographic that the brand is going after,” said Bob Glazer, Founder of affiliate marketing agency Acceleration Partners in an interview with Retail TouchPoints. “These folks are not embarrassed by [their follower count] or try to hide it. They’re making money off ads and affiliate links, but their judgment is not up for sale. They’re objective. These are the folks that tend to stay around because their business has more integrity.”

What micro influencers lack in sheer number of followers, they often make up for in higher levels of engagement.

“Brands that take the time to carefully select not just an influencer that’s hot right now, but identify someone who does a great job at engaging with their followers can really get their money’s worth out of influencer marketing,” said Froggatt. “They can really use them in a way to gauge the sentiment across their audiences.”

Each tier of influencer provides a different level of value to brands, so a multi-tier approach that leverages different types of influencers within a single campaign or program is encouraged.

“What we often put together for our clients are plans that incorporate influencers across multiple tiers,” said Kamiu Lee, CEO of Activate, an influencer marketing network formerly known as Bloglovin’, in an interview with Retail TouchPoints. “Certainly, a micro-level program is more cost-effective and easier for brands that are just testing the waters. We’ve worked with a number of top-tier influencers that really make an impact when it comes to conversion and getting that buzz out. It’s all about filtering out who is effective and who is maybe less so, and making that determination as a brand.”

Azoya, a Hong Kong-based cross border e-Commerce solution provider, developed the “Walk Into” campaign alongside a variety of its retail partners to bridge the gap between Chinese online consumers and international retailers.  The series featured Chinese influencers from different tiers who visited retailers in various countries and documented their experiences for their Chinese audiences. “Episodes” of the series, which occurred at different times during 2016 and 2017, included:

“During the ‘Walk Into’ campaign, the key opinion leaders conducted livestream video sessions throughout their visits to the retailer’s office, warehouse and store, bringing out their authentic experience of production, supply, marketing, order fulfillment and customer service to their fans, while interacting with their followers with Q&A and coupons,” said Franklin Chu, Managing Director of Azoya USA in an interview with Retail TouchPoints. “The campaign series gave Chinese consumers a more authentic and in-depth understanding about the high quality of overseas products and served to level up their shopping consciousness.”

The campaign was successful on all accounts, yielding both exposure and revenue for the brands and retailers. Key results include:

“The ‘Walk Into’ series events helped retailers identify the latest trends and changing touch points of Chinese online shoppers,” said Chu. “It has bridged the retailers to the new generation, which is mostly mobile-centric and digitally engaged.”

A large portion of influencer marketing revolves around social media. Among all the channels available to consumers today, Instagram claims the lead, according to Lee. The platform continues to release popular capabilities for creators, including:

“[New Instagram features] have been extremely well received by the influencer community,” said Lee. “Brands also see that and leverage that as part of their influencer marketing strategy.”

Instagram Polls, for example, has been shown to create high engagement between influencers and their followers. According to Lee, Activate sees anywhere from “15% to 20% engagement rates on polls as just one feature.”

“Something like a poll is such a flexible way for brands to engage with the consumer via the influencer,” said Lee. “They essentially get market research, gaining a pulse of how people feel about products, colors or even what they associate with a certain brand. Because it solicits a response, it creates much higher engagement from the consumer.”

Lee also noted that the Swipe Up feature on Instagram performs extremely well in terms of driving traffic for brands. When an influencer creates an Instagram Stories “campaign” for a brand, incorporating the Swipe Up ability to drive viewers to the brand’s landing page to buy a product “works better than the ‘link in bio’ statement that brands have previously asked influencers to do.”

The value of influencer marketing is not to be taken lightly. As consumers continue to turn to trustworthy third-party sources when researching purchases or discovering new products and brands, influencers can be the ticket to engaging with them on their terms.

But experts warn that a one-and-done influencer strategy is not the route to go. Instead, developing partnerships with influencers for the long term can help maintain a consistent storyline for your brand.

“If you’re working with 50 to 100 influencers over a period of time, that’s multiple touch points to a consumer — multiple stories around different product launches you’re doing or sales and events coming up,” said Activate’s Lee. “Long term relationships need to come with trust between both sides. That also allows for more creative ideation in terms of content, and how to effectively partner together to really drive the most for the brand.” 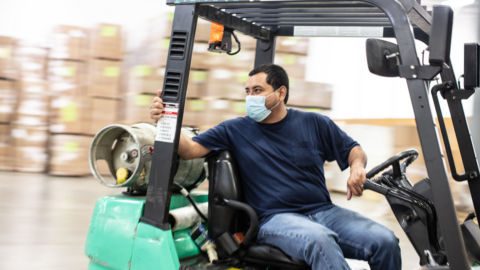 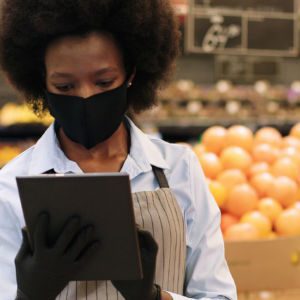 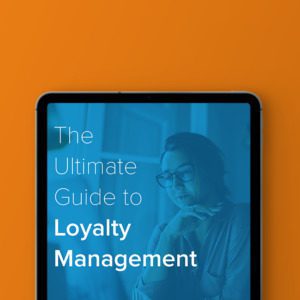