With more than 9,000 store closures anticipated in 2017 and the number of retail bankruptcies already surpassing the 2016 total, the phrase “retail apocalypse” has been thrown around a lot in recent months. But while brick-and-mortar retailers of all sizes and types have had to make massive adjustments, the industry isn’t quite as close to its death bed as many would believe.

The most recent RetailNext Store Performance Pulse indicated that while store traffic and sales remain in decline, these dips are less drastic than in the past. The 5.5% year-over-year traffic decline in July 2017 was retail’s lowest decline rate in 18 months, while the 5.7% year-over-year sales dip was the lowest in 14 months. And outside of three months during the past year, retailers’ in-store conversion rates — sales transactions as a percentage of traffic — have largely remained within a 0.1% to 0.5% range, in line with totals from April and May 2015.

While many retailers — and their stores — remain in flux, it appears more brands are getting the right tools in place to engineer a turnaround. The success of such efforts will continue to come down to:

Store Closures Set To Continue Beyond 2017

It’s safe to say that the decline of in-store traffic has forced many retailers to jump out of their comfort zones to address changes in shopper preferences and demographics.

“We know that consumers are out less in the stores, but we also know that the U.S. has been overpopulated and overstored for a number of years,” said Michael Brown, a partner in the retail and consumer practice of A.T. Kearney. “We have a convergence of a real estate footprint that had been built to serve the growing baby boomer class. As we have less and less consumers in their peak buying years, and shifts in Millennial buying behavior to services more than products, we have to see a transformation and consolidation of the space.”

Fung Global Retail & Technology forecasts that announced store closures in the U.S. will total 9,452 by the end of 2017, exceeding the 6,164 stores closed in 2008 (on the eve of the Great Recession) and representing a year-over-year increase of 361%. As of August 25, 2017, the number of announced store closures had increased 178% year-over-year, bringing the total number of stores to be closed this year to 5,699.

RadioShack leads the way with 1,000 store closure announcements year-to-date, with Payless (700), Rue21 (400), Ascena Retail (400), Sears/Kmart (358) and Gymboree (350) following. The majority of retailers closing stores are in the department store and specialty retail sectors; dollar stores and off-price retailers have accounted for the majority of store openings.

Deborah Weinswig, Managing Director of Fung Global Retail & Technology, noted that these trends are anticipated to remain constant in 2018.

“The ongoing revolution in the retail sector — characterized by digitization and changing shopping patterns — is expected to intensify, and we are likely to see even more store closures and retail bankruptcies next year,” said Weinswig in an interview with Retail TouchPoints. “For many retailers, however, store closures should eventually improve profitability and store productivity. After closing underperforming stores, retailers will still need to make significant changes to their existing store experience offerings. Beyond investments, retailers will also need to innovate to compete with the convenience and value offered by the e-Commerce players.”

‘Store As A Platform’ Designed To Build Relationships, Create Communities

The success of stores is going to come down to how store formats are built out down the line. Weinswig noted that retailers must generate traffic through the concept of “The Store As A Platform.” This idea revolves around building better relationships with customers and getting them to think of brands in a context outside of pure transactional retail.

“The idea is to get them to look at you as more than just a store, but as a service, a community or a friend,” Weinswig said. “This could take multiple forms as the store develops new ways to be a resource, but incorporating convenience is a must. Could you take your dry cleaning there? Could you get a shave? Being a resource for them, someplace where they can get something else done, or where they could have some kind of experience is critical. If you have a pharmacy department, could you get customers to place more of their health care spend with you through a service? The idea for the retailer is to get the customer to ‘live more of her life’ at the store.”

Brands that are staying open and attracting consumers are creating a bigger purpose than just selling product, while also establishing convenience through different store formats, or even pop-ups.

Malls Are Not Dead, Despite Traffic Dips

Malls in particular have been hit hard by the shift in shopping preferences: traffic has declined for 43 straight months, with an average traffic decrease of 8% per month since January 2015, according to RetailNext.

E-Commerce is a convenient scapegoat for these losses, but the truth is that there are simply too many malls to go around. There were 1,221 malls in the U.S. in 2016, 300% more than in 1970, according the International Council of Shopping Centers (ICSC).

Over the past decade, competition from newer shopping centers was the most common cause of the death of malls over the past decade, according to a Wells Fargo Securities study of 72 “dead” mall properties. These newer malls often capitalized on changing shopper preferences, whereas many of the dead malls were strangled by the closure of an anchor department store.

“The thing to remember is that a lot of these malls were built in the ‘50s, ‘60s and ‘70s,” said Mark Mathews,VP of Research Development and Industry Analysis at the National Retail Federation. “Some towns are shrinking, some urban centers are shrinking, and if you’ve got a mall there, then naturally your foot traffic is going to be down. In the last 30 years, you’ve had the advent of the supercenter, and that’s been drawing people away from malls. It’s not just e-Commerce that’s posing this incredible threat to retail. E-Commerce is part of retail, and part of the story of retail.”

This evolution is resulting in more dramatic divergence of the strongest and weakest malls, with top-tier malls in cities with strong population and income growth receiving more investment while weaker malls suffer from neglect.

In a recent webinar, Mathews indicated that real estate data across all spaces puts a very positive light on the retail industry. He cited data from the Commercial Real Estate Development Association, which saw:

While these numbers bode well for retailers and real estate developers overall, individual stores are going to have to step up their experiential prowess if they want to provide the value to drive traffic in the changing mall. The mall of the future will rely less on anchored tenants and more on a lifestyle mix going ahead.

“We certainly know that there are some store spaces that remain vacant and nobody is sure exactly why,” Mathews said in an interview with Retail TouchPoints. “But we see open spaces in the malls converted into different uses. We see this idea of mixed-use developments increasing, so if you have a new mall opening up, it’s probably not just going to be stores. It’s going to be apartments, it’s going to be lots of restaurants to make it more of a community and an experience.” 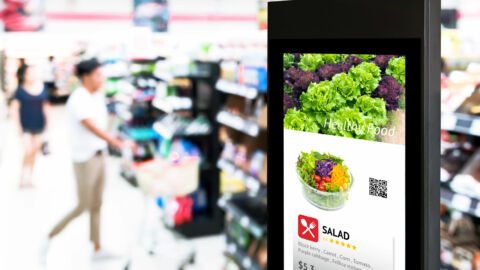