Who Are Your Superconsumers? Why Retailers Need To Know 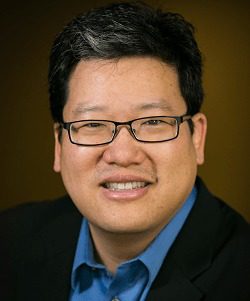 They walk among us. They look just like everyone else, but they have a secret identity. They are: SUPERCONSUMERS!

Superconsumers are more than just good customers; they are passionately devoted to “their” brands. They are the sneaker-heads who own dozens of pairs of sneakers, or the bacon-loving consumers who call themselves “pork dorks.” They comprise approximately 10% of a brand’s customer base, and former Cambridge Group Principal Eddie Yoon believes retailers should proactively establish a dialogue with their Superconsumers and really get to know them. The insights they reveal will provide valuable clues about marketing, merchandising and product development — and they might even help turn some regular consumers into SUPERCONSUMERS!

In this exclusive Q&A, Yoon, who is starting his own consulting firm, Eddie Would Grow, reveals the secrets behind the Superconsumer phenomenon.

Eddie Yoon: Superconsumers kind of defy demographic groups. Being a Superconsumer is more of a mindset than a demographic. As a rule, the newer the product category, the more concentrated the Superconsumer effect tends to be. In casual gaming, the so-called ‘freemium’ space, for example, 0.15% of all Candy Crush consumers generate 50% of the revenue. That’s largely because the games themselves are free, so unless you’re really into them and are paying for extra lives and accessories, you don’t spend a lot. Even with a more traditional business such as the New York Times, the people who have digital subscriptions are a small set of all its readers, but they drive most of the revenue. That seems to be working well for them.

RTP: What can brands learn by engaging with their Superconsumers?

Yoon: Brands can get insights about almost every aspect of their business: marketing, sales, promotions, pricing and products. Retailers need to listen to their Superconsumers, who are a fount of ideas. Then the retailer can share the ideas that they think will resonate with other customers.

RTP: What are some practical steps retailers can take to identify their Superconsumers?

Yoon: Retailers that have any kind of loyalty card information are way ahead of the game. They are already ‘racking and stacking’ customers from a quantitative spending perspective, but they haven’t yet learned how to layer on the emotional perspective. It’s hard to quantify emotion — sometimes it’s about how you spend other things that are precious to you besides money, like privacy, time or your reputation.

That said, Superconsumers are likely to be those that shop both in your stores and online, that interact with you on social media, that are willing to create accounts with you. I always say Superconsumers leave digital breadcrumbs, and that they are often right there under your nose.

RTP: Can you give me an example of learnings from Superconsumers that can’t be discovered via other means?

Yoon: If you get the ‘origin story’ of the Superconsumer from a combination of Big Data and psychology, you can help change a current non-consumer into a Superconsumer. It gives you insights into how you should interact with them in a very different way.

For example, a company that made backup generators, which kick in when the power goes out, wanted to find out more about its ‘Superconsumers.’ These generators can cost $7,000 to $10,000, and typically most people buy them only after there’s a bad weather event or a major power outage. However, there are a group of people who buy them proactively without an external event prompting them. These same people tend to have two to three times the life insurance they need, and they also tend to own two or three refrigerators and freezers. These are people who put a lot of stock in being prepared — and they also have $3,000 to $4,000 worth of frozen foods that they don’t want to spoil if the power goes out.

We went even deeper to discover more about these people by asking some of them to draw their own idea of a Superconsumer. One of these generator consumers drew a muscular Superman-style hero on top of the Empire State Building. It came out that he actually couldn’t wait for the power to go out, because then he could stand there in a sea of darkness in his driveway, holding a glass of wine, and know without a shadow of a doubt that he is better than his neighbors. As a result the company changed its marketing strategy, from a very technical approach to one that used testimonials from people, telling the story of what it felt to be ‘the man’ when everyone else was unprepared for the disaster.

RTP: What are some brands that have done a good job recognizing the value of their Superconsumers?

Yoon: Starbucks is one. Their loyalty program offers decent rewards, but what’s more important is that Starbucks has monetized the data they have and the relationship with members. Another is Whole Foods. They have been very open about the idea that their growth strategy is to get people who already love Whole Foods to simply buy one more thing. It’s a lot easier to convince a Superconsumer to buy one more item than it is to convert someone who has never shopped at Whole Foods to show up there in the first place. The highest level of success is achieved by retailers that have genuine relationships with shoppers, who don’t treat them like they are transactions.

RTP: Are you a Superconsumer yourself?

Yoon: I am. I grew up in Hawaii and I’m a Superconsumer of T-shirts from there. I have about 50, half of which my wife would like to throw out. But they help me when I feel homesick.

Eddie Yoon is the author of Superconsumers: A Simple, Speedy And Sustainable Path To Superior Growth.