As Tru Kids Brands rises from the ashes of Toys ‘R’ Us, the revived retailer will enter an industry that has moved on since the original’s 2018 bankruptcy — let alone the brand’s 20th-century heyday. To be successful, a resurrected Toys ‘R’ Us will need to:

“We have to talk about who our customer is, and our customer is four feet and under,” said Chuck Luckenbill, Principal at Luckenbill Retail Solutions and former VP, Store Planning and Design at Toys ‘R’ Us in an interview with Retail TouchPoints. “We can talk about grandmas and aunts and uncles, moms and dads —the relatives buying toys for the kids — but if they buy a toy the kid doesn’t like and they never play with it, there’s a good chance they’re never coming back to the store again.”

Another challenge is that Walmart, Target and Amazon all eagerly stepped in to fill the toy-shaped void Toys ‘R’ Us left during the 2018 holiday season, and no single retailer is equipped to compete with these industry giants on selection or convenience alone. In order to make a comeback, the new Toys ‘R’ Us must make its stores destinations that stand out from the bevy of other options in the market.

“If Toys ‘R’ Us is going to be successful, they need to answer the question of why people are going to shop there beyond if they just need toys, because if they just need toys, there are so many other ways to get that handled,” said Phil Granof, CMO of NewStore. “If making up for their disappearance for a season is their only frame of mind, they’re going to miss the boat entirely.”

The New Toys ‘R’ Us Can Learn From The Old

Luckenbill spent six months at Toys ‘R’ Us during 2017, when he spearheaded efforts to improve the chain’s visual merchandising and space planning. While the company was suffering from outdated infrastructure and a lack of opportunities for shoppers to play with products, the leadership team was aware of the issues and already piloting more experience-focused stores.

Additionally, when Luckenbill went out to meet store managers and discuss their best-selling products, he found that most of them had set up a demonstration nearby. While margins may have been depressed by opening boxes and putting out toys, potential losses were offset by the sales boost that play areas generate.

Such practices will be critical for Toys ‘R’ Us to reclaim the toy-selling throne upon its return to the U.S. While larger retailers have moved into the space, big box stores aren’t laid out with toy demonstrations in mind. Nor do they carry the sheer breadth of inventory a specialty store can manage, and that is something Tru Kids Brands can capitalize upon.

“[Other retailers] filled the gap, but they didn’t they didn’t fill the entire category,” said Laura Davis-Taylor, Co-Founder of HighStreet Collective. “Speaking as a mom, there are certain things you don’t need to touch, but also a lot of things you do need to touch. What we had with Toys ‘R’ Us and Babies ‘R’ Us, especially when it was combined, was everything available in the category in one place. Now we have limited category options, and often you go in there and there are out of stocks, or they say they have something they don’t.”

While FAO Schwarz has made a splash with its own massively experiential re-entry, Luckenbill noted that its stores serve a very different customer demographic than Toys ‘R’ Us. While few companies can hope to match the magic of visiting a FAO Schwarz location, the store isn’t a destination for the average shopper on a budget who is looking to purchase their child a birthday gift.

A Fresh Start Can Erase The Problems Of The Past

One of the challenges facing Toys ‘R’ Us was its enormous, warehouse-style locations. Renovating these stores into something more experiential wasn’t possible under the retailer’s pre-bankruptcy debt load, but the new company will be able to start from a fresh, modern foundation.

Express-style stores that are approximately 10,000 square feet in size (compared to the 40,000- to 50,000-square-foot dimensions of the old stores) would be a better fit for a leaner, more experiential Toys ‘R’ Us, according to Luckenbill. These stores could be replenished regularly rather than holding large amounts of inventory, potentially lowering costs and also allowing associates to put an emphasis on interactions.

“This fresh start that this new company has could be a really good thing,” said Luckenbill. “In not doing these large, monster stores that are packed full of merchandise, just opening something a little bit more interactive and fun for the customers might be a win-win situation.”

Knowledgeable, mobile-equipped salespeople are an important part of any retail strategy, but they hold particular potential for the toy industry and will be vital to the return of Toys ‘R’ Us, according to Granoff. Not only can they encourage kids to try out the products, they can check out their purchase right on the sales floor, preserving the child’s enthusiasm for their new toy and making the parent’s trip as quick and pleasant as possible.

A Brand Is A Powerful Asset, But It Can’t Be The Only Focus

The other positive aspect of this fresh start is that the company has a chance to rebuild the Toys ‘R’ Us brand from scratch. While the original name holds a lot of nostalgia and gives Tru Kids Brands a leg up over a completely new toy company, Geoffrey the Giraffe alone will not be enough to support a proper revival.

“I hope that they don’t just come back and rely on the Toys ‘R’ Us name and say, ‘We’re back, come and have some fun in our store,’” said Ed King, Co-Founder of HighStreet Collective. “It has to change philosophically, from a leadership and an employee performance perspective and from a business model perspective. As Laura always says, they have to put down their crown and pick up a tray. They need to be a service-oriented organization if they want to really win the hearts and minds of this new generation.”

Starting with pop-up stores may be one way to rebuild the brand in the U.S., particularly with the current gap in specialty toy stores. Luckenbill believes Tru Kids Brands may start off with this approach, which will let the retailer determine the most promising areas for its return before committing to permanent locations.

Regardless of their approach, Luckenbill has confidence in the new team’s ability to succeed in the revival effort. While the gap between bankruptcy and reopening means there will need to be re-education efforts, it also means Tru Kids Brands will have an opportunity to jettison both the debt and baggage of the old Toys ‘R’ Us and reimagine the retailer as an experiential brand.

“There is a place for a toy store in America,” said Luckenbill. “I think [Tru Kids Brands President and CEO] Richard [Barry] has embraced that, and he’s going after it and that’s a good thing. He has the financial backing he needs to make this a success, and I wish him the best.” 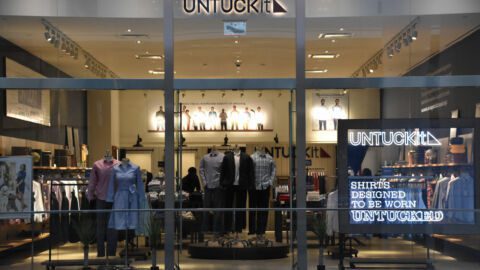 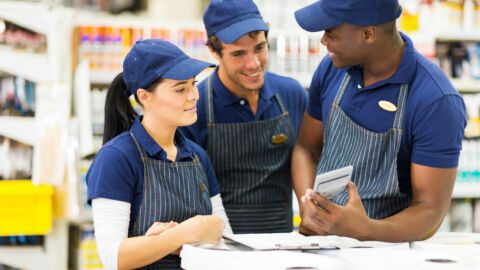