Although many retailers are utilizing Facebook with hopes of spiking customer loyalty and increasing purchase activity, others remain skeptical of social media’s current and future effect on consumer behavior. Nonetheless, merchants are continuing to evaluate which tactics are most effective in reaching socially oriented consumers. In the webinar titled Facebook Marketing: Strategies for Turning ‘Likes’ Into Loyalty, Debra Aho Williamson, Principal Analyst for eMarketer, and site writer/analyst Kimberly Maul, provided tips for retailers hoping to make the most out of their commitment to Facebook.

According to Aho Williamson, eMarketer predicts a bright future for social media sites. “We forecast that 80% of U.S. companies will use social media tools for marketing purposes,” she noted. “A vast majority of that [percentage] will be marketing out of Facebook.”

Statistics provided by HubSpot’s The 2011 State of Inbound Marketing report revealed the growing importance of social media sites to marketers. Although company blogs remain a prominent vehicle used to increase awareness and spread information, in 2009 only 24% of marketers believed Facebook was critical. In 2011, that number increased to 44%. .

Many social channel users become fans of a brand in order to receive exclusive deals and offers. However, Aho Williamson explained that deals and promotional offers do not necessarily serve to improve consumer loyalty. “Offers are a double-edged sword,” Aho Williamson said. “They get people in the door, but according to ExactTarget, they’re the fourth-most cited reason why people unlike a brand. They got what they needed, and then they’re gone.”

Merkle’s View from the Digital Inbox 2011 reported that 57% of Facebook users became a brand fan to receive exclusive deals and offers. However, 62% of Facebook users say a top benefit of becoming a fan is to receive brand news, and 61% find gaining information on products to be the main perk.

To that end, many retailers are struggling to determine when and what to post on their Facebook pages. To address this, Aho Williamson suggested that retailers should strive to ask questions, develop different discounts for different campaign goals, respond to questions/concerns quickly and reward fans via Facebook to increase page activity.

Backing up her point, Aho Williamson pointed to Buddy Media’s Strategies for Effective Facebook Wall Posts: A Statistical Review, which revealed that brands experienced a 27% spike in engagement for posts containing no more than 80 characters, and increased interaction by 18% for items posted on a Thursday or Friday versus other days of the week. Furthermore, the ExactTarget study titled Subscribers, Fans and Followers: The Social Break-Up showed that 44% of Facebook users “Unliked” a brand because they posted updates too frequently, while 38% said content became too repetitive.

The experts’ four tips for ideal Facebook optimization include:

1. Let fans create the community: Retailers should allow Facebook fans to interact freely, rather than trying to force interactions with an abundance of questions and status updates.

2. Know what topics and issues are important to your customers: Companies should take the time to observe how fans interact with each other and react to the brand, and develop online promotions around their behaviors.
3. Short-term promos need long-range planning: Although special deals and coupons can increase the number of company “Likes,” retailers must continue to nurture relationships with customers and develop status updates that contain valuable and relevant information.
4. Link and integrate Facebook pages to maximize interactions: A company with multiple brand pages should create unique ways to synchronize them and drive fan conversions across the entire company site.

To learn more about the four best practices provided by eMarketer’s Aho Williamson and Mauler, view the on-demand version of the webinar here, or browse the PowerPoint presentation at the company’s blog. 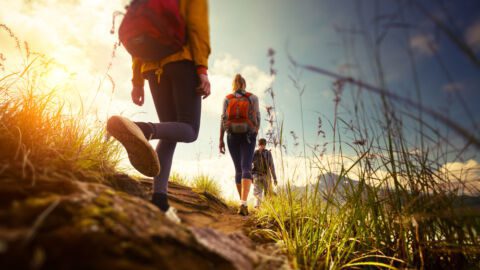 More People Than Ever Are Exploring the Outdoors. Here’s the Opportunity for Brands and Retailers 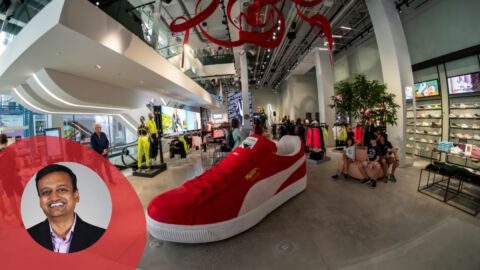 The Future of Experiential Retail