While the ninth annual Consensus Great Brands Show enabled some of the best and brightest young consumer brands to pitch their companies to an audience rich with private equity/venture capital, the appearance of one of the biggest names in traditional retail was the top seat-filler. Michelle Gass, CEO of Kohl’s, shared insights into the department store’s vision, particularly in working with emerging brands through its Facebook partnership and the company’s relationship with Amazon.

Launching Oct. 10 in 50 Kohl’s stores in Chicago and Philadelphia and Kohls.com, “Curated by Kohl’s” will feature the retailer’s first selection of items from brands with popular social media followings. Facebook, using data related to shopper interests, will work with Kohl’s to identify trendy brands on Instagram and Facebook that have never appeared in Kohl’s stores or on its web site. Kohl’s will take a “test and learn” approach to understanding which brands are a fit in the Kohl’s locations, and expand the program to more stores based on those tests.

“We’re setting up this dedicated team for ‘Curated by Kohl’s’ because we do believe this is a big opportunity,” Gass said. “We’re going to start small, this is an experiment, and we all believe this is going to work. Whenever you’re doing anything new, there’s always surprises. I look back over my entire career, and some of the best ideas ultimately had a few starts and stops at the beginning. But we have to be committed. I think we’re going to win a lot for these small companies.”

In July, Kohl’s expanded a partnership with Amazon that enables shoppers to return unpackaged items purchased on Amazon to any Kohl’s store in the U.S. — for free.

“We’re getting traffic,” Gass said. “We’re getting people coming into the store. While we’re growing our digital channels, stores are still 80% of our business. Now, with the resources we have, we’re able to think about our business differently. I would say that we’ve gone from a brick-and-mortar mindset to omnichannel to now thinking about Kohl’s as a platform. This Amazon partnership, while maybe an unexpected move, really does take advantage of the assets of the company. We gain the traffic, Amazon creates a great customer experience.”

Gass also opened up about the company’s “rightsizing” initiative to optimize its store base of 1,160+ locations, shrinking the footprint of select Kohl’s stores over the next five to 10 years.

“In an ideal world, if we knew what we knew today 10 years ago, then our stores would probably be a little smaller,” Gass said. “So now we are opening smaller. The idea of rightsizing is taking our store which is typically 90,000 square feet, and saying maybe in this community, we’re better off with a 50,000-square-foot store.”

While Gass’ keynote felt like the centerpiece of the show, the emerging brands that presented throughout the event gave a taste of how innovation can drive retail growth in 2019 — and illustrated that aggressive expansion plans remain in the cards. In total, 18 retailers and brands presented throughout the show, including Altar’d State, Andie, Bailey Nelson, Cubii, Draper James, EverybodyFights, Faherty, Function of Beauty, Hello, Jenni Kayne, Kid Made Modern, Made In, Master & Dynamic, Rugged Road Outdoors, TB12, tentree, United by Blue and Van Leeuwen.

Each brand got 15 minutes in front of an audience largely interested in investing in, lending to or supporting consumer businesses, with attendees including venture capitalists, private equity, commercial lenders and retail buyers.

One such business, “naturally friendly” oral care brand Hello, has skyrocketed in the toothpaste category, achieving 174% annual revenue growth as of August 2019. This number significantly outpaces the second-highest growth brand in the category (Paradontax, 16% growth), while main industry players such as Colgate (1%) and Crest (no growth) continue to lag. Since 2015, Hello has seen an average net sales compound annual growth rate of 120%, entering 42,000 brick-and-mortar stores during that time. Additionally, Hello has launched 13 new products in 2019 alone, including six adult toothpastes and three mouthwash rinses.

“‘Thoughtful’ is a word that we really like to use, because we’ve thought about a lot of things we do,” said Lauri Kien Kotcher, CEO of Hello, during her presentation. “We use recycled and recyclable materials in the packaging for many of our products. We use sustainably grown bamboo in our activated charcoal products. We’re also thoughtful because we’re thoughtful about the team we’ve built and the approach we take to our products. More and more today, everybody’s thinking about everything they do and every product they buy. We like to say we’re for people who are thinking about what they do.”

Another brand approached thoughtfulness in a different way — by building an environmentally conscious business specifically for shoppers who want to help the planet but feel like it’s a difficult task. According to CEO Derrick Emsley, sustainable apparel brand tentree sought to compete in a marketplace dominated by brands offering consumers one of two messages, each problematic in its own way.

“They were either pointing their finger at you and saying you’re not doing enough — you need to change your actions or live a better life,” Emsley said. “Or, they weren’t tangible. They were talking about why you need to spend $10 or $15 more for an organic cotton T-shirt rather than conventional cotton. As a conventional consumer, we often don’t know why we should spend so much more.”

For every item purchased (all of which are made using a blend of sustainable fabrics), tentree plants 10 trees, so the company is doing the work for its shoppers. With more than 30 million trees planted to date, the company has the ambitious mission to plant 1 billion trees by 2030. While the company was largely a wholesaler in 2017, with 73% of overall sales going through that channel, that mindset massively shifted by 2019, with 56% of sales now coming through its e-Commerce operation. Now, tentree is setting its sights on brick-and-mortar retail, with its first test achieving $1,000 sales per square foot within its first 90 days. In 2020, tentree will open its flagship store, and the company has scheduled two additional store openings for 2021.

During the event, CEO and Co-Founder Alex Faherty shared the story of his family-owned brand, fittingly named Faherty Brand, describing how the concept is dedicated to making clothing for “life’s greatest moments.” Faherty founded the company with wife Kerry and twin brother Mike Faherty. To get the brand off the ground, they travelled across the country in a “mobile beach house” in summer 2013, hosting 40 events in 60 days. By 2014, Faherty Brand had gained enough traction for the founders to open the first Faherty Brand store in Manhattan’s Soho neighborhood, and soon after built out a wholesale and e-Commerce businesses.

“I think clothing is one of those things where you look at the most successful brands today and they all have a luxury aspect to them,” Faherty said. “There’s an aspirational aspect that the consumer needs to care about what they’re paying for. Every day we wake up to try and make not the best product that’s going to fit the best consumer in the best market; we’re trying to make the best product in the whole entire world. It’s super important because everyone’s best moments in their life — whether they’re on their beach vacation, they’re with their kids, they’re with their friends — we really think those moments are when you care the most about what you wear, and you really want high quality.”

In 2019 thus far, Faherty Brand has seen net sales increase 56% year-over-year, with brick-and-mortar retail sales jumping 98%. By the end of the year, Faherty anticipates the company will operate a total of 14 stores (including seven new store openings), with more than 70% of net sales going through direct-to-consumer channels such as the stores and e-Commerce site. 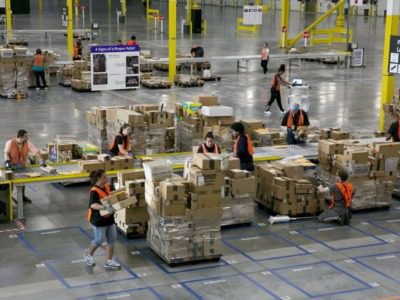 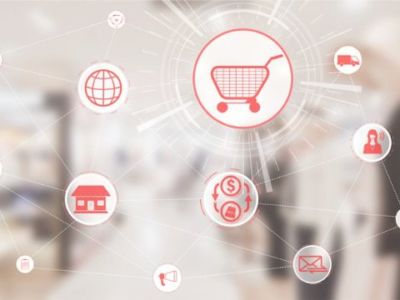 Down, But Not Out: A 30-Day Plan To Come Back Stronger Than Ever