In the wake of COVID-19, many retail businesses focused on adapting their products and services — especially if they had an expansive brick-and-mortar footprint. While many retailers’ strategies included employee layoffs and furloughs, the Microsoft Store successfully launched a new business model for which nearly 2,000 employees — 80% of the company’s store workforce — have volunteered to provide remote support for individual users and business customers.

Although the opt-in program, called Emergency Remote Operations, accelerated due to the rollout of stay-at-home orders worldwide, this offering is something the company had already been preparing for, according to Travis Walter, General Manager of Worldwide Retail Stores.

“We didn’t know it at the time, but I’d say what prepared us for COVID-19 was our ongoing evolution over the past 10 years to serve our customers,” Walter said in an interview with Retail TouchPoints. “Not only do we serve consumers and gamers at our core, but we’re helping small businesses, education institutions and helping train enterprise customers. That evolution has moved beyond the four walls and really allowed us to continue to serve customers in this remote model.”

During the first wave of COVID-19 in early March, Microsoft Stores adopted stricter cleaning policies and social distancing rules in its locations. But on the backend, Walter and the broader team were preparing for the next, inevitable phase. All stores shuttered on March 16 and Microsoft Stores was able to transition seamlessly to the new remote model.

“As we closed, we started to ask employees to pull devices from the back of the house and take them home,” Walter explained. “Then we did an assessment and paused to make sure everyone was healthy and paid. We took 10 days to study and determine what work we could uniquely do, and in what way we could serve customers in a remote environment.” After this 10-day strategic period, Microsoft Stores launched Emergency Remote Operations chainwide.

Microsoft Store’s current customer base is split about 50-50: Half are individual customers and small businesses and the other half are larger enterprises in essential fields such as government, healthcare, education and finance. Through its physical locations and online store, Microsoft Store reaches more than two billion customers from 190 global locations.

During the first wave of activities, associates focused on outbound solution selling to small business and education clients, which was “well received,” Walter said. “We’ve had a significant increase in demand for training among healthcare companies, government institutions, financial institutions and essential companies that want to use Microsoft Teams but don’t know how to use it,” he said. “Since COVID-19, our team members were trained on not only how to train individual consumers, but how to train the world’s largest enterprise customers.”

In addition to one-on-one consultative selling and training, associates also were trained on handling customer service support chats submitted through the Microsoft Store site and Xbox. “Some of our team members are solving up to 40 incidents a day, but they’re doing it remotely,” Walter explained. “They’re tunneling into the various systems and directly connecting with consumers. In a way, we’ve increased our capacity to support customers, while other service teams around the globe are being increasingly stretched.”

To maintain a sense of belonging to the Microsoft Stores culture, the company also has asked store managers to start and end their days with their teams. Daily stand-up meetings allow store teams to connect on known tasks and objectives, discuss customer wins and available training. During stand-downs, the teams regroup and close out the day together.

“In many cases, we’re keeping the cultural components, which has been key to ensuring there’s some normalcy,” Walter noted. But there have been some lessons along the way that have forced Microsoft Stores to adapt.

“We’ve put in a policy of listen, learn and adjust,” Walter explained. “Every voice is key. We’ve heard some people say their schedules are back to back because they haven’t figured out how to use the remote working environment. They’re used to breaks. As a result, we’ve encouraged store managers to share best practices, such as scheduling lunches and walking breaks, because if they don’t do this team members are going to get burnt out.”

The “listen, learn and adjust” policy will be extremely valuable for Microsoft Stores as it looks to the future, as Walter believes that even in a post-COVID world, consumers will expect seamless digital service experiences.

“The work we’re doing now with Emergency Remote Operations will infuse itself into our normal operations because it’s a journey we were already on,” Walter said. “The reason we were successful with this model was because we’ve been working on it for the last decade, but now our team members are able to serve customers in a different way. I’m confident that their investment in themselves and this new way of working is going to be used whenever we do return to stores. We’ve prepared our team to continue to make an impact.”

Many store employees have capitalized on the financial and professional benefits of Emergency Remote Operations, but Microsoft Stores hasn’t lost sight of the associates that may be tasked with doing homeschooling or caring for at-risk loved ones, Walter noted. All Microsoft Store employees affected by the outbreak will be paid for their regularly scheduled hours, whether due to store closures, reduced store hours or other circumstances outlined by HR guidance. 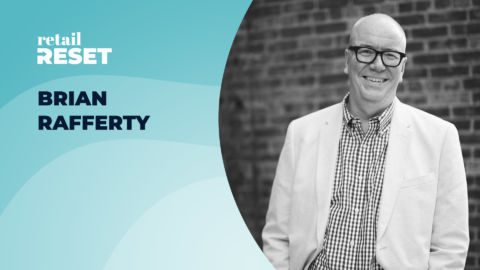