Consumer Spending Will Be Our Best Economic Barometer 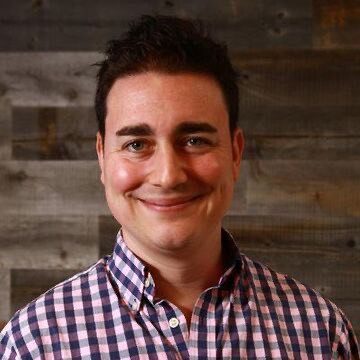 We don’t have a COVID-19 crystal ball to see how this uncertainty will pan out, but we can see that consumer spending is shifting amid the pandemic. It’s created such an economic upheaval, with waves crashing through a cascade of industries and sectors, that the unpredictability is more than enough to make business leaders panic. But there are some facts and scenarios we do know to give us some clarity for the future.

U.S. unemployment has reached record highs, all within a shockingly short period of time. But chances are it won’t stay at nearly 15% levels forever. Still, unemployment will remain fairly high for the near- to mid-term, and people will get back to work to some degree. But therein lies the ironic conundrum for the next wave of the economy. Disposable income and the savings rates for consumers — despite the nearly Great-Depression-level unemployment numbers — are at multi-year highs. The reason for that is actually pretty simple.

Other than absolutely essential costs like rent or a mortgage payment — which may have been covered by government stimulus checks before they run out — people have not had the opportunity to spend their money as normal. The typical pool and recipients of disposable income have been artificially constrained for the past three months. Dine-in restaurants and retail storefronts have been closed, and non-essential places to spend are essentially shut down.

So in spite of all this unemployment, consumers are saving more than they’ve saved in a long time. And it’s all about to change.

The economy is opening back up and consumers are now going to hopefully have more and more spending options available. But the biggest question remains: Will people emerge and spend at the level that they were pre-COVID? Consumers may do one of three things:

The whole world could open up, but consumers may still buckle down, tighten their belts and refrain from non-essential spending. If that holds true, it’s a huge recipe for a recession. Consumer spending makes up about 70% of GDP, and has been the primary support beam for the U.S. economy, certainly in the last decade. So, if the world opens up and is ready for consumers to spend, but they aren’t comfortable doing it, then savings rates will remain high and we may have a recipe for a recession.

Economically speaking, the Goldilocks scenario falls within an area where consumers that can’t immediately afford to spend end up spending a little bit more than they do while in the middle of the pandemic. They will seek value and savings via discounts and coupons, but they will spend. This could pan out to be a good thing for the economy, but may not be the jolt that retail or other consumer industries need to bounce back, especially if savings rates go down and consumers are overextended.

3. They’ll go on a spending spree

Then, of course, there’s the all-too-human situation: consumers that lack the necessary income but have saved a bunch over the last three months go out and spend like they did before the pandemic. The risk there is that while it bolsters economic activity, consumer savings will be depleted at a faster rate than normal from the unemployed consumers who are adversely affected by lack of income. That slippery slope leads to consumers becoming delinquent on essentials like home equity loans, credit card debt and even mortgage payments.

This third and perhaps most predictable option is a major risk to the financial system. If consumers start extending themselves by borrowing money to continue living the lifestyle that they were used to pre-COVID, then major consumer financial issues begin to take root. It would lead to a much bigger, and worse, mid- to long-term recessionary implication.

Banks want to facilitate consumer spending, especially on credit cards, to overspend but not too much. And that’s the fine line that we should be nervous about. Excessive consumer spending scenarios will impact credit risks and default risks if consumers borrow to spend in ways their current income levels don’t support. Low interest rates further increase desire by consumers to borrow because it costs less.

If you’re a bank, you’re trying to think about how you make money — by lending money and needing people to save because you loan against deposits. These banks are going to have to think through their stringent policies and promotions to potentially become a little bit lighter in terms of their requirements for, say, giving people a new credit card or extending home equity lines.

Banks are going to need to rethink how they incentivize consumers to move money, save more money, increase deposits, and find a way to encourage consumers to temper their spending — which is generally against their best interest. Banks can’t solve for a drop in income. That’s the biggest wild card outside of their control, and assumptions on that key variable will drive more effective strategies of how to balance savings and spending.

The unemployment and income story is changing rapidly day to day with regard to government stimulus checks, which may or not repeat. A resurgence of COVID-19 cases will depress the economic recovery with even more business closures and continually stagnating unemployment. If we continue on this path, consumer spending will change. It’s most likely not going to revert back to the way it was, but that gray area somewhere in-between represents a big risk for businesses that rely on consumer spending, and for banks that largely make their money based on loaning consumers money. It’s the best barometer we have right now as our economy inches back to normal.