Concerns about artificial intelligence in retail have focused primarily on separating the hype from the reality, and finding practical applications for an undeniably powerful technology. One challenge that’s gotten less attention is the potential for human bias, particularly unconscious bias, to inform AI algorithms in ways that skew results, “baking in” existing disparities between genders, ethnic groups and socioeconomic classes.

One sign of the challenge is the lack of diversity among those designing and using AI. Women are often underrepresented, or not represented at all, when it comes to directing the implementation and strategy of this technology. An NRF 2020 panel titled: “The Age of AI: Women Shaping the Future of Retail,” included three executives who shared their own trials with the technology, and revealed their perspectives on what AI means for their businesses.

“I constantly hear from women that they feel like they are far outnumbered by men,” said Seemantini Godbole, EVP and CIO at Lowe’s. “AI is too important to be left to just a few people. All diverse audiences must participate in this journey in order to make AI meaningful for everybody.”

The algorithms that form the structure of AI solutions may appear to produce totally objective results, free from the unconscious biases that color all humans’ decision-making. After all, it’s a sophisticated solution that’s identifying the best location for a new store or which product to order, not a person with his or her own unexamined prejudices. However, these same unconscious biases can still influence the way AI and machine learning platforms operate.

“The importance of diverse perspectives can’t be underestimated,” said Christiane Pendarvis, SVP of E-Commerce at FULLBEAUTY Brands during the panel. “When you look at Rhianna’s Fenty brand, they made it a point to service diversified skin types and sizes. Those types of projects just don’t happen when everyone in the room looks the same. There’s just not recognition, acknowledgment and understanding of underserved markets. In the context of AI, it is only as good as the inputs and who develops it. If we institutionalize the natural, unconscious biases that we as humans have and build it into our processes, there is a tremendous risk that it will further deepen those biases.”

With Data Piling Up, AI Can No Longer Be Ignored

Understanding and acknowledging the existence of biases is the first step to improving the effectiveness of AI technology, especially since deployment of AI-powered solutions is only going to increase. AI may still feel like just a buzzword to many retail executives, but it’s very much a necessity for retailers as they try to sift through and make sense of the deluge of data they now have.

With as much as 90% of global data having been generated in the past two years, according to Alysa Taylor, Corporate VP, Business Applications and Global Industry at Microsoft, experimentation with AI shouldn’t be encouraged — it should be required.

“As a retailer, you have to wrestle with the sheer volume of that data, how you then reason with that data and then make it meaningful,” Taylor said. “You can then create tightly personalized experiences and be able to bridge the physical and digital environment. Ultimately, when you think about convenience, it’s so important for our interactions as consumers with retailers that we let them know who we are, so that they can get us the right product at the right time.”

While women’s role in developing AI platforms is becoming a larger priority within retail ecosystems, it’s important to note that inclusivity and diversity should extend not only to top execs, both male and female, but also throughout departments.

“AI at scale is going to take its time just like any other technology you can think of,” said Godbole. “Let’s not leave AI to any chosen small group of people in a company.” Education and simplification are the two factors required for AI applications to scale across the enterprise, especially since many are still in early stages, according to Godbole.

FULLBEAUTY’s Pendarvis is a good example of this. She has only worked in e-Commerce for six years and has essentially learned about the rise of AI on the fly. But Pendarvis credited  her genuine concern and interest in her customers as the driver that has enabled her to educate herself on the right technologies, and ask the right questions necessary to make it a fit within her organization.

“You don’t have to know all the buzzwords and all the technical terms and code,” Pendarvis said. “We don’t need to know all those things to start having conversations around artificial intelligence. If you look at it from your perspective of ‘How do I think this tool can be leveraged correctly?’, then you can learn more about where your expertise lies.” 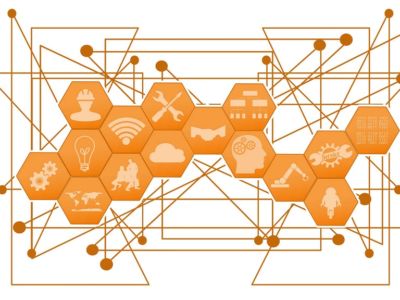 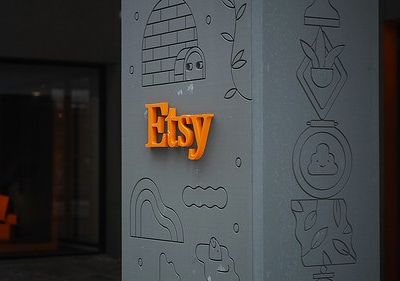