While AI and machine learning are often hailed as solutions for any number of data problems, getting real-world results requires laying important groundwork before the first recommendation is even served. Executives from both Lowe’s and BBQ Guys discussed the behind-the-scenes efforts that empower their data science programs during the AI Panel – How To Build A Pragmatic AI Roadmap That Drives Commerce Results breakout session at the 2019 Retail Innovation Conference.

“You hear about AI and machine learning and the hype around that. What people don’t tell you is that more of your time is spent on data preparation and deployment,” said Doug Jennings, VP of Data and Analytics at Lowe’s. “Executives like to believe that 99% of your time is spent on building the algorithms involved — but actually that’s the smallest part.”

Over the past several years, Lowe’s has significantly expanded its data science team, from five people who primarily worked on search engine optimization to a department of more than 50 people working across the entire business. A good part of their responsibilities includes extensive data preparation, plus ongoing training and two-way communication.

Fine-tuning the solution to optimize results has been, relatively speaking, the easy part. Preparing people throughout the retail organization to take advantage of the new insights actually was a more complicated task.

One key ingredient was making a dashboard that is able to go through insights piece by piece, enabling marketers to understand the popularity of items beyond just how many were sold. A carefully built machine learning tool helps Lowe’s pull apart historical sales at a very granular level to see just what shoppers are looking for in any given category.

In explaining the performance of a given product, for example, the data science team also takes into account activities at nearby competing retailers. A product that sells poorly at a particular store might be a perfect fit for the area, but the tool can help discover that a competing retailer is winning on price, or is just doing a better job of letting shoppers know that they have the item in stock.

Machine Learning Has A Human Element

The panelists noted that adding machine learning capabilities isn’t a matter of dropping them into people’s day-to-day operations and moving on. Stakeholders need to be taught why these tools are useful, and how they should be handling them. Retailers need to take the time to educate their teams on how these solutions will affect their jobs, and have reasonable expectations about how much they will change things.

“Don’t expect a return on investment or say, ‘Hey if this is what you’re doing, I need to see a return in three months,” said Jason Stutes, Director of Analytics & Design at BBQ Guys. “That’s not what the company needs to be. We have to show some sort of roadmap of where we want to go — you’re not just going to put AI or machine learning or automated systems on someone who doesn’t understand it, and expect them to do their day job plus something that’s changing every three months.”

The foundation of this process is speaking with the stakeholders to determine the outcome that the tool is trying to drive. Lowe’s created a team of “analytics translators,” to serve as middlemen between the data science team and other departments, ensuring that everyone involved understands both what is happening and what is possible.

BBQ Guys has tackled the same problem by sending out a data driven operating model, or DDOM, every morning to tell the entire company what is happening. This gives employees outside of the data science team the opportunity to see what is being worked on without getting lost in technical jargon. Additionally, the DDOM encourages employees to ask questions they might not otherwise bring up.

“They start asking how you build this and what it’s for, and that’s when we and the executives can all meet and say ‘We’re going to tie conversion rate to this’ or ‘We’re going to use linear attribution for this channel,’” said Stutes. “Before this I was having a meeting about the numbers, and how we were getting the numbers was going over everybody’s head. This kind of changed the game for us.” 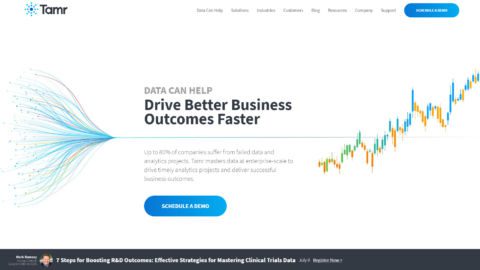