Exclusive Q&A: Why Zulily Has Refocused On Moms — Including Everyone Doing A Mom’s Job
Tales From The Pandemic: 5 Lessons From ThirdLove CEO Heidi Zak
Retailers Join Efforts To Maximize Voter Participation
How Lowe’s ‘Making It’ Contest Blazes A Trail For Underrepresented Entrepreneurs
Beyond Parking: Planning Lots For Curbside, Events And Additional Use Cases

Subscription retail generated remarkable growth during the past decade, booming by 100% year-over-year for the five years prior to 2018, according to McKinsey. Gartner has forecast that by 2023, 75% of DTC companies will offer a subscription option. Subscription retail could even get a boost from the COVID-19 pandemic, with consumers placing a higher value on regular deliveries of both staples and luxuries.

Black Rifle Coffee Company (BRCC) is a subscription retailer that has had a highly caffeinated growth trajectory since the business launched five years ago, climbing to a projected $100 million in sales in 2020. The retailer received a double pump of espresso when it adopted a data platform that provides granular, real-time insights into each shopper’s profile, including their customer lifetime value (CLV). This aggregated information from multiple sources guides Black Rifle’s decision-making in areas including:

The subscription retailer, founded by former Green Beret and CIA veteran Evan Hafer, has built up its brand image by strongly identifying with “a very specific audience segment — military, first responders, police and law enforcement,” said Chris Omer, VP, Information Technology at  BRCC in an interview with Retail TouchPoints. “They have a particular mindset — they’re not afraid of guns or of things that are a little bit irreverent — and this particular brand is really resonating with them.”

A strong connection to its audience provided a solid base to build on, but to really grow its business BRCC needed detailed data drawn from multiple parts of the organization. “We have this audacious goal of becoming the premiere coffee subscription company, as well as selling both coffee and ready-to-drink products through retail outlets,” said Omer. “We’re sourcing our own product, the coffee beans and everything else, so we really go from farm to table.”

Using a data platform from SoundCommerce has allowed Black Rifle to “build a dashboard that represents the entire health of the organization, and that’s really rare,” said Omer, who has worked at several Fortune 100 companies during his career.

BRCC began piloting the SoundCommerce solution in June 2018, and one of the first insights it revealed was the significant difference in CLV between subscription members and non-members. Analysis showed that Coffee Club members’ CLV is 8X that of non-members. That fact helped Black Rifle decide to “reorient the business around the idea that membership is the driver,” said Eric Best, CEO of SoundCommerce in an interview with Retail TouchPoints. The retailer currently has approximately 140,000 active Coffee Club members, up from 80,000 the previous year.

The retailer also has gained a deeper understanding of granular unit economics. “It [the SoundCommerce solution] provides a real-time answer to the question, ‘Are we making money on this particular order?’” said Best. “To figure that out you need information like variable digital marketing costs and cost of goods sold. Our platform also helps Black Rifle understand whether they are serving this particular shopper to the full potential of their lifetime value. Airlines do this all day long, using levers like their loyalty programs and premium upgrades, and it’s becoming more prevalent in e-Commerce.”

Black Rifle also has become smarter about finding correlations between customer actions and a high CLV. “We’ve run a study for Black Rifle about which first-purchase product SKUs indicate the highest lifetime value,” said Best. On a first visit a new customer might buy a bag of coffee or even sign up for a subscription, but the most telling marker of their long-term value is whether they purchase branded Black Rifle merchandise like stickers or mugs, he noted. “While these items are at the lowest price points that the company offers, buying them is indicative of the highest lifetime value.”

The desire to focus on high-value customers even affects product fulfillment. “Coffee is one of those things that taste better when it’s fresh-roasted, and there’s a peak period after roasting when the flavor is most intense,” Omer explained. “If we can ship product that reaches customers during this peak period, then our customer satisfaction is extremely high.”

Every subscription retailer must deal with members dropping their subscriptions, and Black Rifle is no exception. But the workflow that’s activated when a subscriber leaves has helped the retailer lower its churn rates. Before a Black Rifle call center agent places a win-back call, however, he or she is provided with a full profile of the customer that includes as many as 100 attributes, from order frequency to CLV.

“Our strategy of executing these win-back calls has to walk a fine line between bugging people and asking what we can do to help them,” said Omer. “We don’t make it difficult for them to cancel, but if they’ve provided a comment when they do so, it gives us an opportunity to talk to them about it. Even if they don’t leave a comment, we communicate that we just want to learn how to do things better.”

Some win-back strategies include offering an incentive, “but that’s only possible if I’m able to authorize the customer service rep to make an offer,” said Omer. Because the workflows and systems are all connected, if the incentive encourages the customer to sign up again, “the rep records the offer — it might be that their next order is free — and the offer is in their profile the very next time they log on to the site,” said Omer. “The complexity of the data model behind that wouldn’t be possible without Sound Commerce and the way we aggregate data from so many places.”

Black Rifle’s vertically integrated structure, along with its desire to sell products via multiple channels, ratchets up its need for an integrated data platform. “We’re a manufacturer, a marketer, an e-Commerce and a subscription retailer, so without having one view of the business, you’re really at risk of making a lot of false decisions,” said Omer. “If you’re reporting a revenue number from one source but are making marketing decisions based on another number, those two will never match up, and you end up with a lot of curious decisions being made.” 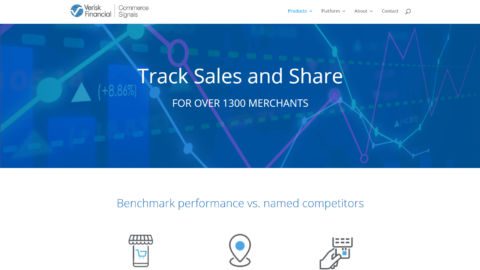 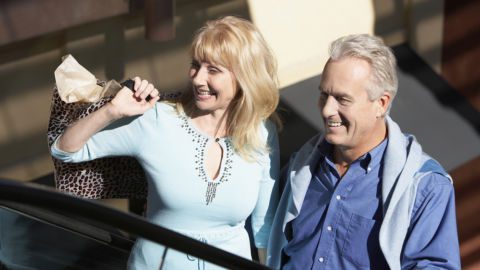