The coming year will be a time of reinvention for both retail as a whole and physical stores in particular, according to Coresight Research. The company’s analysts project that the industry will become faster, smarter and more streamlined, with improved supply chains and better integration between online and offline channels.

The top 10 trends identified by Coresight are:

The Coresight analysts recognize that shopper-retailer relationships are growing more intricate than ever before. Shoppers want more from brands: social and environmental engagement are more important to a retailer’s message than ever, and shoppers also are looking for increased inclusivity.

The proven success of flagship stores and companies taking strong stances on social issues can be seen with Nike. The brand’s massive New York location has been grabbing headlines, and the Colin Kaepernick-led ad campaign provided a significant sales boost.

Experimental and flagship stores also mesh well with shoppers’ desire for responsible brands. For instance, the experimental H&M store in London includes a Repair and Remake service that allows H&M Club customers to have items repaired for free, reducing the need for new clothes.

Major urban stores also offer excellent proving grounds for smart technologies such as voice assistants, chatbots and other forms of AI-powered communications. Coresight suggested that retailers need to take a holistic “smart retail” approach that integrates AI automation, human intervention and data sharing across multiple channels, and high-tech stores can be used to test these capabilities in a physical setting.

However, these spectacular stores and technologies won’t be enough to satisfy shoppers’ preference for inclusive brands; such efforts will need to be augmented with internal changes. Coresight noted that several retailers are already taking steps to ride this trend:

Retailers Will Embrace Technology At An Even Faster Pace

Western retailers are starting to adopt Alibaba Group’s New Retail model for integrating e-Commerce, brick-and-mortar and logistics across a single value chain. Technology is at the heart of this transformation, which also will lead to even more use of AI and the continued rise of frictionless in-store transactions.

Amazon is the U.S. company most readily applying the New Retail model, by opening physical stores across the country. Such cross-channel integration does more than give the retail giant a brick-and-mortar presence — it also can help Amazon grow its online offerings, such as a wider scope for food delivery through Whole Foods stores.

Amazon also is leading the charge when it comes to minimizing friction. The retailer may be planning to open as many as 3,000 new AmazonGo stores by 2021, and is testing out a version of its cashierless technology suitable for larger stores.

Amazon, Alibaba and Walmart are among the leaders when it comes to AI: Amazon to power its web site, warehouses and smart devices; Alibaba through initiatives including its FashionAI digital consultant at a Hong Kong concept store; and Walmart through an AI-focused retail lab in Levittown, N.Y.

But AI is not just for the industry’s giants. Coresight has identified four major areas of opportunity:

Coresight expects the trend of “fast retail,” which manifests in shorter lease terms as retailers seek to avoid being locked in at a time of rapid change, will grow in 2019 — at the same time as supply chain improvements and startup partnerships fuel new efficiencies.

Retail leases can be as short as one to two years in the U.S., down from an earlier average of five to 10 years, while lease lengths in the UK have dropped from 20 years in 1992 to an average of less than five years. This new approach to retailing can be seen in the number of pop-ups being opened, as well as new concepts such as Neighborhood Goods, where multiple retailers sign up for short leases under a single roof.

The rapid pace of change that is shortening leases also is encouraging major retailers to form partnerships with startups in order to stay on top of the latest trends. Brands and retailers are launching their own incubators and accelerators, giving them an opportunity to both nurture and harness upcoming ideas. Areas where startup activity holds the greatest potential include:

Retailers aren’t looking to startups just to help drive efficiencies — Coresight expects more companies to ask technology vendors and product suppliers to help them rebuild sourcing models into smarter, more flexible and more responsive supply chains in 2019. This is being achieved in a number of ways: for example, H&M is overhauling its supply chain to make it more customer-driven, which includes reducing time to market through 3D sampling, closer collaboration with suppliers and prebooking components.

The overarching theme Coresight identified for the coming year is change, as retailers adapt to more demanding shoppers, rapidly advancing technology and the accelerating evolution of the industry. This is an exciting year for retail, and these trends may leave the industry in an even healthier place than where it started. 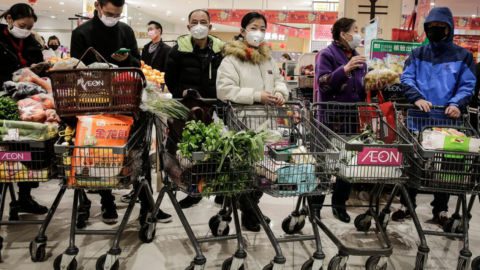