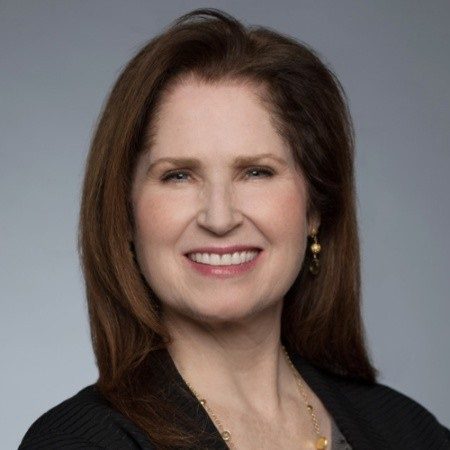 For a long time, retail consumer data-gathering was a game rigged for big players. Not anymore.

As a report from consulting firm Catalina showed, 90 of the top 100 consumer packaged goods companies lost market share to smaller brands in recent years. Between 2012 and 2017, these small companies (characterized as those with sales that amounted to less than $1 billion) nabbed about $15 billion in sales from their well-established counterparts.

The reason for these shifts? Many of these smaller brands are benefiting from changes in consumer panels. Traditional panels tend to capture a narrow picture of consumer purchasing behavior. But newer methods can paint a more complete picture and help retailers market more effectively.

What they’re learning is, essentially, that it’s not merely about the volume of data. It’s about the quality of information. The caliber of our insights can drastically affect market share.

Traditional legacy panels have left serious holes in the data they collect. This happens for a few reasons.

For one thing, they’re more like a scientist studying animals in captivity than Jane Goodall observing wild chimpanzees. Animals in a zoo are out of their natural habitats, and they know they’re being watched. This awareness changes how they behave.

Similarly, studies have shown that people will behave in more socially acceptable ways when we feel someone is watching. We all want to be seen in a more favorable light. Whether we sense it’s our morality or our purchasing choices that are being scrutinized, we are more likely to change our behavior.

Faced with an enticing new pair of shoes on a typical shopping trip, I might give in and make the impulse purchase. But under the watchful eye of a panel study, I might think twice. Given human nature, the first question these panels leave us with is, “What behaviors am I missing?”

Traditional panels also create significant blind spots because they are so influenced by the concerns of the bigger players. These big players — the huge grocers, drugstores and mega-retailers — have long been focused on microdata. For them, the primary concern has been about making incremental improvements to gain margins.

But these big players miss the macro-level trends. They’re so focused on maximizing profits on macaroni and cheese that they miss the fact that people’s interests and tastes may change. Someday, they may not want macaroni and cheese at all. And this tendency spills over into how panels are created.

When legacy panels rely on the data from the big players, they leave out significant swaths of the market. We might see a report on the leading single-dose laundry detergent, one that’s popular in 26% of households. But a brand that’s represented in another 1.7% of households, while small in comparison, still represents 2 million households. Where are those consumers in our data?

If we rely too much on the big players, we don’t catch what’s happening at convenience stores, online, or even at smaller brick-and-mortar spots. The second question then becomes, “What trends am I missing?”

The other major problem with legacy studies lies in how they select participants. They exclude consumers who may not have the technology or the time to take part.

Many panels collect data through phone surveys or online. They offer incentives such as collecting points through an app survey. The idea is to motivate as many consumers as possible to participate. In practice, this doesn’t always work.

Think of the older buyers or low-income consumers who, although still grocery shoppers, might not have access to a smartphone or computer. What about new moms with unpredictable, chaotic schedules who don’t have time for phone surveys? These consumers still represent a significant portion of the market, yet it’s difficult for them to participate in a panel, even when they’re incentivized to do so.

Shoppers such as these are automatically excluded from any data we might capture with a traditional panel. If we’re relying on these older methods, the last question is, “Who am I missing?” And if we’re left with these questions about what behaviors, trends and people are missing from our data, then the ultimate question is, “How does this void in my data influence my insights?”

These studies can collect consumer purchasing data in a few ways. It’s easy for online shoppers to share their Amazon purchasing data, for instance. For brick-and-mortar purchases, consumers can take a picture of their receipts and share them. Just as in other traditional panels, participants can accumulate points by sharing data, and these points can be used for reward purchases or cash back.

Over time — at least a year — panels can use this data to generate a picture of consumers’ shopping behavior and fill in a gap that might otherwise exist in the information.

However, even within direct panel participation, we can still balance the distribution of households in the study to reflect U.S. demographics more accurately. When participating households leave a study early or are disqualified due to lack of participation, for example, replace them with similar households.

These methods don’t achieve 100% accuracy, but they get closer. And where the balance isn’t perfect, demographic weights can be applied to underrepresented groups to better level it out.

In a time when massive amounts of data are available, we must be able to pull quality information out of the pile. And valuable data generally boils down to research methods. If we’re left with lingering questions, that’s a sign we don’t have the most accurate information.

Without accuracy, retailers and marketers are making crucial decisions based on bad data. And bad data won’t help them capture more market share.

Kelly Dotson is the CMO for Numerator, a firm that combines sales data, omnichannel marketing and merchandising to make it easier for brands to pursue new opportunities. In her time with Numerator, Dotson established a data-driven commercial approach and created a cost-based program analysis to improve overall client success and relations. Prior to her career with Numerator, Dotson served in leadership roles for established brands like The Pampered Chef and Viad.