Ready or not: Amazon Prime Day is making its second annual appearance this month on July 12. Should you be worried? Not exactly. Should you be paying attention to it? Absolutely!

Let’s face it, retailers are constantly thinking of ways to compete with the e-Commerce giant, and Amazon Prime Day is no exception. There are three options:

“Retailers absolutely should compete with Amazon on and around Prime Day,” said Tom Caporaso, CEO of Clarus Commerce, an e-Commerce solutions provider that owns FreeShipping.com in an interview with Retail TouchPoints. “Amazon uses Prime Day mostly to build its Prime membership base, which poses a direct threat to other stores. Once consumers join the program, they rarely leave, and their spending at Amazon grows with every year. Retailers, therefore, can’t afford to cede an entire day of increased shopping to Amazon Prime, let alone give it exclusive access to all those eager shoppers.”

After last year’s inaugural sale event, Amazon announced a 266% increase in worldwide order growth over the same day in 2014, as well as 18% growth over Black Friday 2014. While it was a huge success for the retailer, customers weren’t too thrilled with the event, voicing their opinions on Twitter using hashtags such as #unhappyPrimeDay and #PrimeDayFail. Retail analyst Paula Rosenblum even cautioned shoppers to “check deals carefully” this year.

Whether or not Prime Day is truly the new Black Friday is questionable. A new study from Market Track shows that not every Prime Day deal was as good as its Black Friday offerings: On average, Amazon’s prices were 9% lower on Black Friday than on Prime Day. When comparing prices for 380 products on Amazon between 2015’s Prime Day and Black Friday 2015, Market Track found that:

“We were not shocked to find that Black Friday prices for top holiday products beat Prime Day prices, since they did not specifically say prices would be lower in the promotions leading up to Prime Day,” said Traci Gregorski, SVP of Marketing at Market Track in a statement. “The goal of the event was multi-faceted — yes, Amazon succeeded in driving sales, but their focus was also to incentivize consumers to subscribe to a Prime membership.”

Prime Day Is A Big Deal For Marketplace Sellers

One of the best things about Amazon Prime Day is the potential benefits for marketplace sellers, as it provides small businesses with both a peak sale day and an increase in visibility for their products during what is a typically slow time, mid-summer.

Many small businesses and third-party sellers are anticipating major spikes in sales during this year’s Prime Day. According to Amazon, the event will offer:

Segway is just one of the many third-party sellers excited for the event. “Prime Day is going to be huge for Segway,” said Brian Buccella, VP of Marketing and Business Development at Segway in a statement. “Prime Day’s success in its inaugural year was extraordinary and we’re hoping to have the single largest sales day of the year.”

While Amazon Prime Day promises a spike in sales for small businesses and third-party sellers, it’s important to tread lightly and be prepared. According to Guru Hariharan, Co-Founder and CEO of Boomerang Commerce (and a former Amazon executive), traffic to Amazon is expected to more than double. To prepare, “Make sure your listing data is well curated in advance to make sure you don’t miss out because of a poor listing,” Hariharan advised.

If you’re interested in becoming an Amazon seller, Appeagle’s Izabella De Souza provides insight on the six steps to getting started here.

The Competition Is Fierce

Amazon Prime Day is prime time (no pun intended) for consumers to get online and shop, which means competing retailers should definitely take advantage of it — not necessarily to stop consumers from shopping on Amazon, because that’s highly unlikely, but to potentially get them to continue their shopping elsewhere.

According to Clarus Commerce’s Caporaso, many retailers in FreeShipping.com’s cash-back network will be doing just that.

In light of Prime Day, FreeShipping.com will be holding a three-day promotion from July 11-13, offering current and new FreeShipping.com members 20% cash back at all 1,000-plus stores in its cash-back network.

To no one’s surprise, Walmart is also using Prime Day to promote a unique offer for its customers: a free 30-day trial for ShippingPass, the retailers’ two-day shipping service designed to rival Prime. It is priced at $49 per year, half Prime’s $99 tab, and also offers no minimum order requirements along with free online or in-store returns.

Whether or not a retailer decides to compete directly with Amazon during Prime Day, it’s important to keep track of how the event pans out in order to better serve their customers all year long.

“Prime Day is an opportunity for retailers to learn from Amazon on how to execute a smooth smoke test [a preliminary software test], to provide a revenue boost, while also testing their infrastructure to see how well they perform and smooth out any rough edges,” said Boomerang’s Hariharan in an interview with Retail TouchPoints. “They should compete with Amazon, but [also] consider this a chance to put their best foot forward with a combination of selection, customer experience and price.” 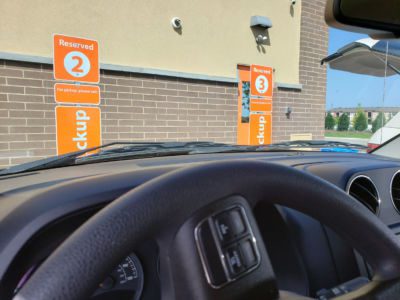