Coming off a solid Q3 that saw overall top-line revenue growth, department stores are finally reaping the rewards of their e-Commerce investments. These retailers appear to have grabbed a sizeable slice of the $20.8 billion consumers shelled out online over the Thanksgiving Weekend. Sales totals for Cyber Monday alone show that the “big four” department stores significantly improved their online offerings at the start of the season, according to analysis of 3 million anonymized and aggregated email receipts from Edison Trends:

Overall, this sector’s leading players performed well on Thanksgiving Day and Black Friday as well, with all four major department stores increasing sales at least 16% over the two days (Macy’s boosted sales 34% and Kohl’s bumped up its sales 27%).

{loadposition GIA}Kohl’s was the weekend winner for its share of all online transactions across the top 50 retail web sites, according to research from Hitwise. While Amazon predictably dominated Black Friday at a 56.8% share, Kohl’s 4.8% share took third place overall, behind Walmart’s 8.4%. On Cyber Monday, Kohl’s had the fourth-largest market share (3.8%), behind Amazon (60.0%), Walmart (7.2%) and Target (5.9%). This result is a big win for Kohl’s given that the three retailers ahead of it are mass merchants, which shows that consumers are very attracted to its product line.

“A much stronger assortment presented in a more compelling way is a key reason for Kohl’s success with customers,” said Neil Saunders, Managing Director at GlobalData Retail in a RetailWire discussion. “Activewear has been a particular area of strength which, given the general slump in the sector as a whole, is positive. Brands like Nike, Under Armour, and Adidas are proving popular. These things have been underpinned by changes to the rewards program which have been rolled out across a number of markets, and better presentation in stores with a more localized assortment.”

Department stores are still a major destination for shoppers throughout the peak shopping season, with 65% of consumers anticipating that they will spend money at these retailers, according to ICSC. That’s compared to the 87% who will shop at mass merchants such as Target and Walmart, and 66% that will spend at dollar, discount and variety stores.

Consumers’ continued desire to shop at department stores shows that these retailers are adjusting to altered shopper preferences, according to Christina Boni, VP and Senior Credit Officer at Moody’s. While malls were the main traffic drivers in holidays past, department stores now must be responsible for driving their own traffic and customer relationships through all channels, whether the shopper journey starts online or on mobile.

“It’s always going to be about creating an environment that draws the customer in,” Boni said in an interview with Retail TouchPoints. “Clearly, the customer is using every channel and they use it fluidly. They can buy online/pick up in-store and once they’re in the store, you want to capitalize on that opportunity of being able to convert that customer. These stores have a lot of square footage, but it’s now about figuring out how to use that square footage effectively, and to the extent that it can be used, maybe finding alternative uses for it. It’s about making a connection, it’s not just about a transaction.”

Despite Department Store Turnarounds, JCPenney Still Has A Long Way To Go

While the overall landscape for department stores has been positive, with Nordstrom, Macy’s, Kohl’s and Dillard’s increasing comparable sales for the past four quarters, JCPenney continues to underperform. In Q3 the retailer posted a disappointing sales decrease of 5.8% and a comparable sales decline of 5.4%, and reported $151 million in net losses. Reduced sales in higher-ticket home goods areas such as appliances, along with deeper discounts, hurt results. The company, which is readjusting its online offerings, also took a hit to its e-Commerce sales.

In October, JCPenney named a new CEO, Jill Soltau, to fill the role of departed chief exec Marvin Ellison. Soltau has the task of turning around a lagging business that has nearly $4 billion in unpaid long-term debt. While the holiday season is a golden opportunity to boost revenues, the retailer can’t expect to complete any substantial turnaround in the short term.

“The good news is they have very good liquidity — almost $2 billion,” Boni said. “This gives them time to be able to enact plans made by the new management team. Clearly, they have flexibility to make significant investments. Their real estate is not as strong as the others’, and they have some structural challenges they need to face. But ultimately, what they need to do is get back to core and offer products that people really want. They need to figure out who their customer is, and what they really want…but that may take a little time.” 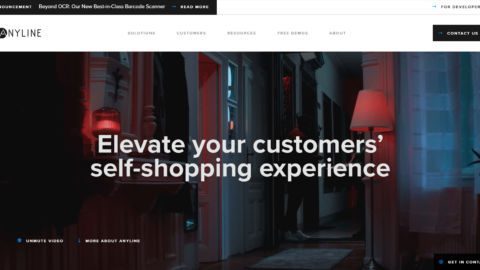