China is receptive to a new wave of American retailers: demand for imported goods is on the rise due to COVID-19 travel restrictions, and even consumers in the less developed cities are expressing increased interest in imported goods. These trends were made apparent during Alibaba’s 6.18 shopping holiday, which recorded a 43% year-over-year increase in value order settled through Alipay (GMV) as multiple categories reported record high sales — with U.S. brands making up the second-highest source of foreign goods.

GMV for U.S. products grew 40% year-over-year, which was in line with Tmall Global‘s overall sales growth for the 6.18 event, according to Tony Shan, Head of Americas, Tmall Global & Kaola at Alibaba Group. This wasn’t just a matter of a few top brands making big sales: 25 U.S. brands saw GMV of over $1.4 million, and 200 brands topped $140,000 during the holiday.

“I think we have seen a greater acceleration of digitalization for both consumers and businesses,” said Shan, who joined executives from Allbirds and Supergoop! during a Coresight Research webinar on June 25. “Though recovery from COVID-19 may be long term, we’re optimistic about the continued growth and opportunities in the Chinese consumer market, especially coming out of 6.18. We still see a great demand for imported international products as consumers aren’t able to travel and shop abroad.”

Even though Chinese consumers are hungry for international products, retailers’ success depends on deepening their understanding of the local culture. Erick Haskell, President of International at Allbirds, credited the company’s successful launch to on-the-ground efforts to understand domestic social media and public relations practices. He also credited Alibaba for helping the retailer fine-tune its marketing.

“One of the decisions we made, and I know this isn’t possible for all companies to do, was that we really committed to the China market before we went in,” said Haskell. “We built a local team and we built really strong local capabilities. When you compare us to other brands who were simply brought into the market, I found that we are really entrenched because we have the local expertise. Working with small teams in China has really allowed us to get a lot of traction and allowed us to be a lot more relevant with Chinese consumers.”

Even companies lacking the resources to field a dedicated local team can benefit from conducting preliminary research and holding meetings. Chinese retail partners like Alibaba can help newcomers find their feet in the country and determine the right strategies to make sure their offering finds an audience, which can prevent the stress and financial hit of a botched launch.

“Obviously you want to have a partnership with someone you can have a great relationship with,” said Amanda Baldwin, President of sunscreen retailer Supergoop!. “That would be my advice: start with conferences to get more information and get the conversation going. That way you can ensure there is demand for your product in the market.”

Engagement Is Important — And COVID-19 Has Created Plenty Of Opportunities

Once a retailer has determined the right product and the right audience, proper customer engagement is critical to a successful launch. Chinese shoppers turn to retail for entertainment as much as for making purchases, and their interest in online content hasn’t faded after the height of COVID-19 passed. Retailers also should look for potential customers beyond the biggest, most advanced regions: buying power is on the rise across China, and 60% of Tmall’s new active consumers live in less developed cities.

“In the past, our primary focus has been more on the tier 1 and tier 2 cities, because [people living there] have been able to travel abroad and see the products in these countries,” said Shan. “But now, with the less developed areas having access to these products, we are seeing brands trying to pivot their marketing strategies to meet the needs of these consumers as well. I think it’s continued to be more of a comprehensive view into the market, not just a focus on specific areas. Tailor it to the entire country as well.”

The right message can help a retailer’s efforts to grow outside of China as well. This is particularly important during the current crisis: putting an emphasis on universal interests — such as those that can be associated with good works — can help retailers connect with shoppers regardless of their country of origin.

“During the pandemic, we held a discussion with our internal China team about what we could do to help as a new brand in the market,” said Haskell. “Somebody on the local China team came up with the idea of providing shoes to hospital workers. This was when the crisis was at its worst in Wuhan, so we shipped a lot of shoes to frontline workers in Wuhan. Frankly, we didn’t do anything publicly about it. We just did it as a way to help, and it made us feel really good to do it. I then shared that story with the global Allbirds leadership team, and it ended up becoming a corporation-wide issue. We ended up doing this literally around the world — what started as a small conversation in China ended up being a really meaningful and impactful approach to the pandemic globally.”

Companies that aren’t big enough to make large donations can still benefit from an employee-first mindset, which Supergoop! adopted as it entered the Chinese market in February — just as the virus was hitting its peak in the country. This attitude helped the brand build loyalty with both its workers and customers.

“We’re in a moment that is about doing the right thing, doing something because you feel good about it and really protecting your people,” said Baldwin. “We have a partner that really impressed me with how they handled everything. I quite frankly learned a lot in talking with them when it was in early stages of the epidemic here in the U.S., discussing ‘How are you handling this?’ or ‘What are you doing?’ I believe every leader today is thinking about their team first of all, and if you get that right and you ensure that they’re physically and mentally safe, the business comes from that.” 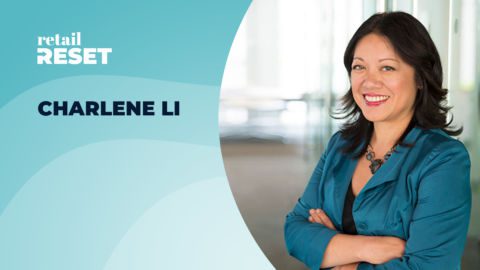 Want To Adapt To Disruption? Prioritize Your People 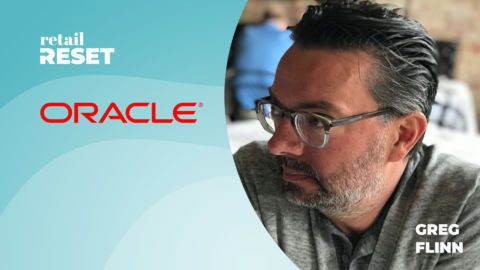 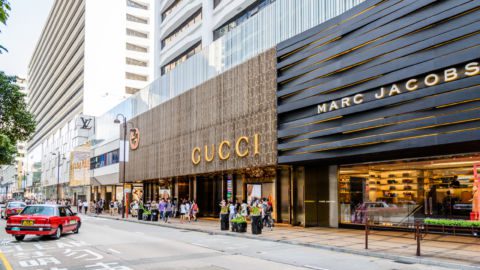 How Luxury Brands Are Responding To COVID Tension With Innovation

Will Next-Gen Video Help Save Commerce?