To put the 2020 numbers in perspective, Adobe projects that all U.S. ecommerce sales for the entire holiday season will total $189 billion. That means the 250,000+ brands selling on Alibaba generated just under 40% of an entire season’s ecommerce sales — and did it in under two weeks’ time.

Many U.S. brands were able to leverage the power of the 11.11 festival to their advantage. In fact, the U.S. was the top country selling into China, generating $5.4 billion in GMV. Other top countries (in alphabetical order) were Australia, Canada, France, Germany, Italy, Japan, Korea, New Zealand and the UK.

“This year saw Western brands taking a bigger percentage of total Singles Day sales,” said Andy Halliwell, Senior Director of Retail at Publicis Sapient in an interview with Retail TouchPoints. “These brands’ sales are growing at rates of 200% to 300% year on year.”

Singles Day 2020 also signaled that high-end brands have found a profitable home on China’s giant marketplaces; nearly 200 participated this year. “A few years ago there was a commonly held belief that luxury brands wouldn’t sell on [Alibaba’s] Tmall or JD.com,” said Deborah Weinswig, CEO and Founder of Coresight Research in an interview with Retail TouchPoints. “Not only are they selling on these platforms, but the number of new brands continues to grow pretty significantly, and they’ve added names like Cartier, Piaget and other very impressive brands.”

Some of this luxury market growth could be attributed to coronavirus travel restrictions, which have prevented wealthy Chinese consumers from buying items in person at high-end shops in New York City, Paris, Rome, etc. But Halliwell sees the Chinese taste for Western goods permeating the country’s growing middle class as well.

“There’s a strong interest in cleanliness and hygiene — not just for bleach and cleaning products — that extends to things like home appliances,” said Halliwell. “There were extremely positive sales results for Bosch, Siemens, Dyson, which are Western brands seen as ‘luxury’ or ‘premium.’ These are products people can proudly display in their homes as a prestige indicator.

“Additionally, with China’s single-child rule, infant mortality is a huge worry for Chinese families,” Halliwell added. “They’re asking themselves ‘How do I protect my family as much as possible?’ That dimension of brand positioning is worth considering in the Chinese market.”

The enhanced buying power of Chinese consumers should encourage U.S. companies to set their sights on not just China but the entire continent. “U.S. retailers should be looking at China and India, because the days of the U.S. as a ‘single stronghold’ are coming to an end,” said Katie Thomas, who leads the Kearney Consumer Institute, an internal think tank at Kearney, in an interview with Retail TouchPoints. “Retailers should lean into globalization, because these consumers have the dollars to spend.”

“The Chinese consumer is the most sophisticated consumer in the world, which is why the luxury market there is so strong,” said Weinswig. “It’s the first generation of real wealth, and it’s wealth these people have created themselves, including women. There are more female billionaires in China than anywhere else in the world.”

However, selling to Chinese consumers requires a sustained effort, with multiple interactions needed between the retailer and the consumer before she pushes the “buy” button: “To convert a Chinese customer requires 12 touch points, versus just four in the West,” Weinswig noted. The payoff is that because these consumers are diligent about doing their research, they return fewer items, “which is so much more sustainable.”

Additionally, non-Chinese brands now have a more well-trodden path to selling in China. “Nestlé has had huge success in China, as have some of the luxury beauty brands like L’Oréal and Estée Lauder,” said Halliwell. “They’ve paved the way, and are seeing others start to enter. And given the challenges of selling products in Western markets, brands are looking for revenue any way they can get it. So for products that didn’t sell well in Western markets, these brands see China as the world’s biggest outlet center.”

Like Weinswig, Halliwell cautioned that selling in China requires much more than simply opening up a virtual Tmall shop. “I worked with a consultant who spent six months in China working with a toy brand, and he said that unless you’ve actually been to China and lived there, it’s difficult to understand what will work,” he noted. “You have to have people there, to have a presence and make a relationship with people, to understand what’s different about the market. Lines, categories and products need to be designed specifically with Chinese consumers in mind. The aesthetics are different, and things need to be designed to resonate with that market.”

The decision to stretch Singles Day into, in effect, an 11-day shopping holiday, was influenced as much by practical logistics as by Alibaba’s desire to set sales records. It also provides an object lesson for U.S. retailers, which are seeking to de-emphasize traditional “peak” sales days like Black Friday and Cyber Monday this holiday season as a way to avoid delivery disasters.

“Spreading out some of the load makes it easier on [Alibaba’s] fulfillment and logistics partners,” said Halliwell. “For Singles Day 2019, there were huge problems with the postal service, couriers and warehousing in general. There were literally piles and piles of parcels sitting in front of high-rise buildings in all the major Chinese metropolitan areas.”

Alibaba has turned to technology such as AI and robotics to solve these challenges. Alibaba unveiled its latest autonomous logistics robot, Xiomanlv, to ease some last-mile delivery pressures. The robots, which have been operating at China’s Zhejiang University since Nov. 1, can carry 50 packages and cover 100 kilometers on a single charge. They were expected to deliver 30,000 packages during the shopping festival, according to Coresight.

“China is evolving its technological ways quicker than we are,” said Kearney’s Thomas. “There’s a lot that U.S. retailers could learn from the Chinese market that could be tested in the U.S. For one thing, the days of ‘push’ marketing are behind us. Retailers should be listening to consumers and meeting them where they are. Many U.S. retailers got egg on their face when they tried to push Westernized marketing plans in the Eastern countries. That may have worked back when everyone was still enamored with the U.S.”

Geopolitical forces also may be aligning to support better relationships between U.S. companies and Chinese consumers. With a new U.S. presidential administration set to come in in 2021, pressure to cool down trade tensions between the two countries are likely to come from businesses on both sides of the Pacific. The companies that sold $5.4 billion to Chinese consumers “would be very disappointed if there were any issues cropping up around China-U.S. relations,” said Weinswig. 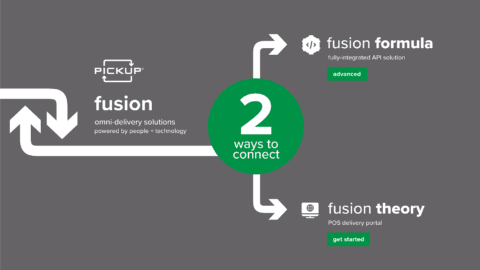