Hammock Gear initially built its reputation through social media, word of mouth and a commitment to first-class customer service. That reputation has provided a steady influx of new shoppers, and Hammock Gear has partnered with Springbot to automate its marketing campaigns and convert new site visitors into loyal customers. The company’s updated web site helped drive the best holiday season ever, with 2018 Black Friday and Cyber Monday sales rising 164% over 2017.

An important element of this success is the site’s granular approach to abandonment emails. Rather than immediately sending promotions, Hammock Gear varies its responses based on the level of interaction. Even simple, no-pressure emails are effective at getting potential customers to return, according to Sally Brown, Hammock Gear COO. For instance, a browser who visits the site, looks around and leaves without adding anything to his or her cart gets a polite thank you message with a return link.

“We take a softer approach to it,” said Brown in an interview with Retail TouchPoints. “Rather than just going right at them and saying, ‘Hey, we know you stopped by, and we know you looked at this thing — come back and we’ll give you a discount,’ it’s generally a courteous, ‘Hey, thanks for stopping by, we appreciate you.’ It’s very, very brief, very subtle and mostly just a smattering of attractive lifestyle imagery.”

Potential customers who have shown deeper interest, whether by filling and then abandoning a cart or signing up for a newsletter, receive more enticing follow-ups. Abandoned cart emails start with a simple reminder after 24 hours, but later include a 10% discount as a further incentive. An equal discount is offered to shoppers who sign up for the newsletter but leave without making a purchase.

“Ten percent off is this funny number that really doesn’t hurt our profit margins, but it’s also enough of an incentive for someone to make an excuse to buy something for themselves, especially for some of our larger items,” said Brown.

Building The Confidence Of First-Time Buyers

Easing shoppers into that first purchase is very important for Hammock Gear. Many first-time shoppers are newcomers to hammock camping altogether, and since learning about and purchasing the first pieces of gear can be a bit intimidating, the retailer’s light touch keeps them from feeling overwhelmed during their search for relaxation.

“I think that outdoor recreation has become a lot more popular over the past 10 years,” said Brown. “We all live in a world where we’re so plugged in, and our jobs and even just our lives require us to look at screens and be idle so much that there’s this strong allure to unplug and reconnect with the things outside and away from all these distractions.”

Once customers get a taste of the experience, their purchases snowball as they keep coming back for additional accessories. This is where more traditional newsletter emails, which highlight new releases and promotions on relevant items, become the marketing tool of choice. These harder sells also are proving effective for Hammock Gear, as long as the just makes sure the right message reaches the right audience.

Hammock Gear’s sophisticated email strategy is carried out by a lean marketing team. The company has just over 20 employees, most working in production, which puts a lot of pressure on the employees who handle outreach.

“With only two administrative people up front, we both wear quite a few hats,” said Brown. “There’s a lot of heavy lifting that we do with marketing, ordering and all the things we have to do to be able to keep the 20 other hands busy on the floor making products. It’s great that we have the ability to produce so much, but there’s also a huge responsibility in keeping those orders coming in.” 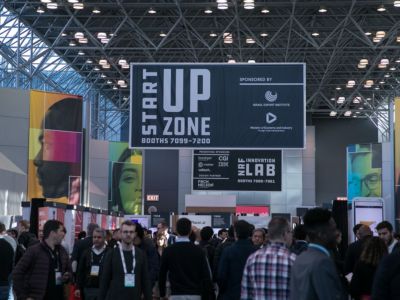 Seen, Heard And Tweeted At NRF 2020: Quick Quotes From The Big Show 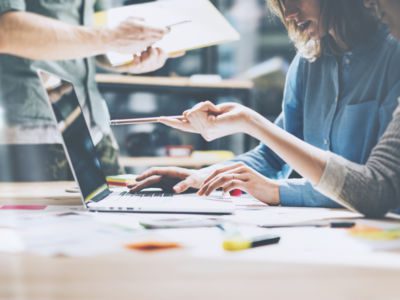