How Much Will The 2020 Election Impact The Retail Landscape?

The political climate is having a measurable effect on retail: 40% of Americans say the 2020 election will impact which brands they shop with, according to the RetailMeNot 2020 Shopper Playbook, which collected its responses in late 2019. The political climate will have a direct impact on retail operations as well, with 90% of retailers making changes to how they market in 2020 because of the presidential election.

“Brands are becoming more comfortable extolling their values, which in some cases include their political leanings,” said Sara Skirboll, Shopping & Trends Expert and Senior Director of Marketing Communications at RetailMeNot in an interview with Retail TouchPoints. “Patagonia is a prime example, as it plans to back the candidate that has the strongest climate change policy. As consumers demand more authenticity, a true value exposed to the public is a smart lever for retailers to pull.”

Retailers are aware of the potential benefits — and challenges — posed by taking any sort of political stand, which is why 56% said that they will be more conscious of any political connotations that can be made from what they post on social channels. However, even nonpolitical support for elections can be a useful sales driver, and 43% of retailers will have a sale related to Election Day.

“We expect that the sales will be tied to the timing of the Election on November 3, and could be associated with those who participate in the voting process,” said Skirboll. “As an example, many brands and restaurants offered discounts to consumers who presented their ‘I Voted’ sticker during the 2018 midterm election, so we expect similar sales to take place. Other 2016 Election-Day freebies included free coffee from 7-Eleven, cookies from Great American Cookies and access to Gold’s Gym.”

Social Stances Are A Great Differentiator, If Not Always A Sales Driver

One area where Skirboll expects many retailers to take a stand is climate change and sustainability. This is an important issue to many shoppers, and industry giants like Amazon, Microsoft and Delta all have made announcements on the subject since the start of 2020. Other brands are likely to follow their lead.

However, while climate change can be a winning issue for retailers, it’s not necessarily the most important one. Even though 51% of Americans are willing to wait longer for items with eco-friendly shipping options, 70% will still look for the lowest price over the most environmentally friendly policies. Retailers shouldn’t ignore the power of sustainability, but these issues complement traditional sales drivers like price and convenience rather than override them.

“While taking a stance on a social issue that is relevant to a consumer may not push them to purchase alone, it is a valuable differentiator that can make a consumer pick one brand or retailer over another,” said Skirboll.

Learn From The 2016 Election — Holiday Sales Could Depend On It

Even companies that are working to remain noncommittal should pay attention to how the election season can affect sales. RetailMeNot found that 44% of respondents will research shopping trends from the 2016 election and plan accordingly, which could provide some valuable information.

One important facet is the impact elections have on consumer confidence and purchasing, regardless of the result — particularly since Election Day falls in the middle of the holiday season. The results of 2016 present a vital data point for retailers to examine: an estimated $800 million in online sales took place between Nov. 1 and 14, according to data from Adobe Analytics. Additionally, e-Commerce traffic fell 4.6% on Election Day 2016 and 10% the day after.

Skirboll expects retailers to be better prepared this year, offering discounts both online and in-store to promote shopping in the leadup to Black Friday rather than waiting until after the votes are cast. Regardless of political affiliation, or even whether they plan on leveraging social issues, retailers need to understand when and how the political climate matters — and when they can get ahead of uncertainty to maximize sales. 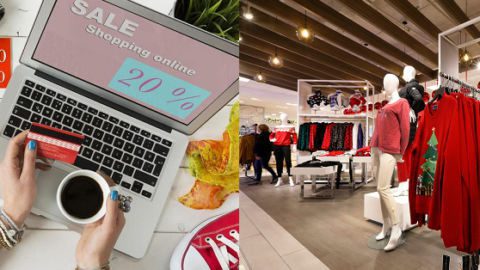 Apparel Retailers: Balancing Online And Store Inventories Will Be Your Biggest Holiday Challenge 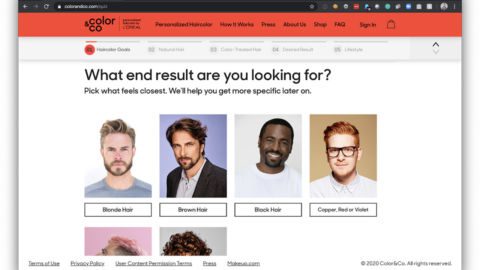