7 Mobile Commerce Trends To Watch In 2016

As the mobile device continues to become a larger part of shoppers’ day-to-day lifestyles, retailers have to find ways to leverage these devices to boost sales, traffic and conversion rates.

2. Social commerce will remain hot, but will buy buttons deliver? As much as 60% of consumers’ time spent on social media is on mobile, making the integration of both channels a vital part of retailers’ plans headed further into 2016. However, it appears buy buttons are still struggling to break out as a potential byproduct of this integration.

3. The mobile web will continue to outpace apps: While 85% of time is spent in mobile apps, only 20% to 30% of a retailer’s mobile sales come from the app, according to Forrester Research. In fact, Forrester indicated that 56% of retailers said mobile apps would not play a major part in their mobile strategy.

4. Consumer expectations will drive retailers to focus on mobile moments: In 2016, consumers’ expectations of the mobile retail experience are higher than ever:

5. Loyalty will eclipse convenience in driving mobile payments: Although mobile wallets such as Apple Pay, Android Pay and Walmart Pay were released within the past 18 months, the wallets have been slow to take off in general. As of now, the technology hasn’t offered much incremental convenience that would persuade shoppers to use them during the payments process. With that said, eMarketer expects mobile payments to grow 210% in 2016.

6. IoT still chasing full potential, but wearables poised for growth: Gartner expects that in 2016, 6.4 billion “things” will be connected to the Internet, marking a 30% increase from 2015. The IDC forecasts worldwide spending on the IoT will reach $1.32 trillion by 2019.

7. The growth of mobile will force brands to optimize mobile growth: With mobile commerce expected to grow at a rate 300% faster than traditional e-Commerce, according to discount and deals site Coupofy, more brands are likely to focus on implementing a seamless checkout experience in the coming year. 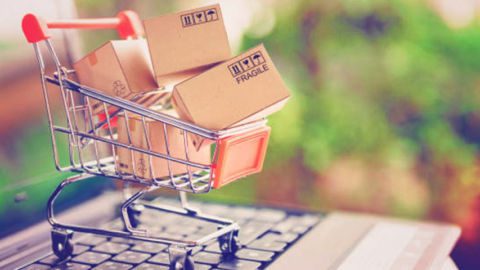 Digital Is Turning Retail Into An On-Demand Model