Influencer marketing has proven to be tailor-made for the highly visual, trend-oriented fashion and beauty industries. In fact, 30% of all influencer marketing occurs in these verticals — and several well-established retailers are dominating the conversation, according to data from InfluencerDB.

The company analyzed more than 5.5 million posts to establish the best performing brands in terms of influencer marketing in 2018. The research determined that the top 20 retailers spent $172 million in the channel, but they received $3 billion in total earned media value (EMV). EMV is defined as the amount of money companies would need to spend on Instagram advertisements in order to have the same number of people seeing and engaging with their brand as they achieved through influencer posts.

The giant in this field was Fashion Nova, which achieved an EMV of $588 million in 2018 — more than 3X as high as the EMV of $192.4 million achieved by Gucci, the second most successful retailer in terms of influencer marketing. The key to these top brands’ success was a mix of microinfluencers and celebrity influencers: larger names are better at spreading a message, but smaller influencers convey greater authenticity.

“It still feels like organic collaboration, because if I’m working with someone with 6,000 to 10,000 followers, they’re predominantly real and legitimate, with very low likelihood that there’s fraud there,” said Jonathan Chanti, SVP of Sales at InfluencerDB in an interview with Retail TouchPoints. “There’s one to three degrees of separation between my follower and me, so they feel like they know this person, trust this person and see it as word of mouth. That’s essentially what Fashion Nova has been doing, which is brilliant: figure out how to marriage micro influencers with some big mainstream people like Cardi B.”

Fashion Nova used 1,072 influencers over the course of 2018, garnering 1.9 billion likes. The retailer fielded posts from influencers with a wide range of follower counts:

Create An Influencer Program That Fits Your Budget

Retailers seeking to replicate these top performers’ success need to keep costs in mind. Influencers aren’t guaranteed to generate a higher ROI than other marketing channels, so while Fashion Nova found success with a mix of big and small names, other retailers may be more limited in who they can work with based on budget and manpower.

“You’ve got to really think about what realistically you can afford,” said Chanti. “Where am I currently spending my marketing and media dollars? Can I ensure that those channels that I’m investing in are actually bringing me the ROI that I’m looking for? Can I transfer some of my marketing or media budgets to Internet social media? Then, by understanding what my budgets are, what are realistic collaboration opportunities I can afford to create?”

Microinfluencers are a particularly flexible option, according to Chanti. While a larger influencer may have a set fee, microinfluencers may be willing to post for free clothing plus a share of any sales they drive. This can be a less expensive option for smaller retailers, provided they have the bandwidth needed to design a mutually beneficial collaboration.

Retailers also can get creative with their collaborations. Revolve, which ranked at no. 12 with an EMV of $92 million, holds retreats for brand ambassadors and pays for them to attend the Coachella music festival. The event’s popularity boosts brand awareness for Revolver by tying the retailer’s clothes to the experience as a whole.

“What they did was to kind of create their own mini fashion Super Bowl at Coachella, and in terms of awareness and content they destroyed it,” said Chanti. “Think of it this way: if I have 500 people creating and distributing content for me around Coachella, I’m going to own a big chunk of the content distribution that’s happening on Instagram.”

In addition to aligning with events that reflect a retailer’s brand image, timing is universally important for influencer campaigns: more than two-thirds of EMV was generated during the third and fourth quarters of the year, partly because shoppers are more likely to search for gift ideas during this period.

“A lot of amazing events happen towards this time of the year: Christmas, the holidays, Thanksgiving, a lot of travel, a lot of vacations,” said Chanti. “A lot of things happen that people want to buy outfits for, or buy gifts for other people. I think that the focus on strategies for those quarters, as well as the expendable income people have available in this time of the year, is what really comes to fruition at that nexus.” 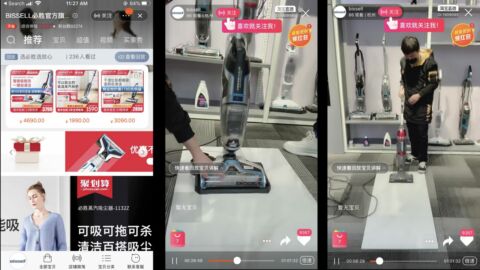 145-year-old Bissell Brand Leverages Livestreaming, 11.11 and KOLs to Clean up in China 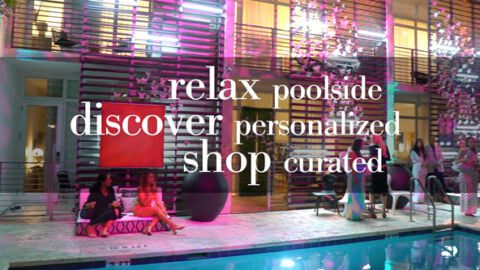