Shopping trips are down 1.9 trips per week as a result of economic pressures and higher fuel prices, according to The Food Marketing Institute in its recently released Food Retail Technology Benchmarks 2008 report. To combat the lower consumer confidence, retailers are working to entice consumers with loyalty programs, special discounts and promotions such as gas savings cards.

The report found that 48.8% of U.S. retailers have a frequent shopper program in place, and an average of 90% of each retailer’s customer participates in the program.  Among the supermarkets surveyed, 84.2% claimed a greater number of weekly store visits from loyalty program participants, and 76.5% cited higher gross margins from shoppers that have frequent shopper cards.

Consultants suggested grocers focus on incentives that directly address the financial pains of consumers with timely promotions:  “If the price of gasoline hits $4.50, then gas cards might be an incentive,” says Ryan Mathews, founder of Black Monk Consulting. “But if external constraints are a driving factor in trip reduction, it seems more likely that consumers will just ‘bulk up’ their purchase patterns, i.e. buy significantly more per visit than they did in the past.”

“Gas cards are a timely offer,” adds James Tenser, Principal of VSN Strategies. “It makes sense from the retailers’ perspective — if customers are walking through the front door already feeling bad about their gasoline expenditure, it’s going to tend to depress market value.”

If Not Here, Where?
Although approximately half of the retailers surveyed offer frequent shopper programs and 70 percent of respondents collect transaction and purchase history, none collect data from competitors shopped.

Mathews says it would be beneficial for retailers to do so. “The largest opportunity for growth always exists with the consumers you don’t sell to,” he says. “Unless you begin talking to them, you’ll never understand either what they want or why they aren’t shopping with you.”

Marketing on the Web
Food retailers are increasingly making use of websites as a way to communicate with customers. More than nine in 10 post weekly sales flyers on the websites, according to the report. Experts say this is an important element in loyalty and marketing. “Any grocer not posting the weekly flyer on the Internet is missing the most inexpensive opportunity to promote sales — period,” says Mark Lilien, consultant with Retail Technology Group.

Of course, to market on the web retailers also should be selling via the web. A relatively low number of food retailers actually sell on the web — fewer than 30 percent — but an additional 11.9 percent plan to offer online shopping in the near future, according to the report.

Tapping into Customer Loyalty
Some analysts are recommending that retailers connect the dots from online shopping to customer loyalty, but should do so with reservation. “Online shoppers tend to be more loyal,” says Mathews. “But exploiting this quality means retailers will have to be discrete in what kinds of information they solicit from consumers and re-double their efforts to safeguard the security of that data.”

But Lilien warns that online grocery shopping has a limited profit margin and focusing too many resources on loyalty could be unproductive. “For most grocers, online shopping is probably impossible to make profitable,” says Lilien. “So it doesn’t matter if ‘loyalty’ is increased, because who wants unprofitable loyal customers? Rewarding customers who use the website via special coupons is only profitable if the supermarket can reduce its wasted flyer circulation. Otherwise, the supermarket is telling its customers that they need to waste their time tracking special discounts.” 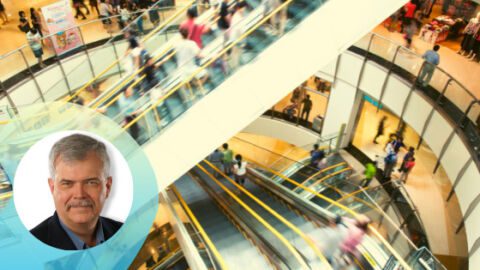 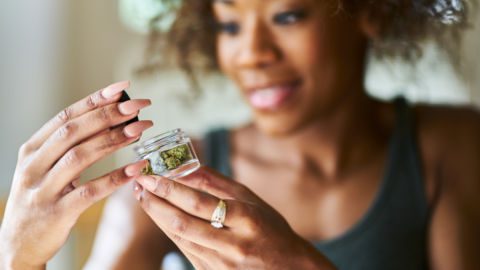