Can Retailers Compete With The Amazon-USPS Partnership?

The product delivery industry took an interesting turn last month when Amazon announced a partnership with the United States Postal Service (USPS) to offer Sunday delivery. The service initially launched in Los Angeles and the New York metropolitan area, and is expected to expand across the U.S. in 2014.

Fast forward to mid-December: It is clear that consumers are benefiting from the new service. But many retailers are left wondering if their shipping strategies can measure up, and how this new venture will impact customer expectations.

Industry experts suggest that retailers are lagging behind Amazon in terms of product distribution planning and execution, and may need to step it up in order to compete.

“I think many retailers have not considered warehousing and distribution as part of the company strategy,” said Lora Cecere, Founder of Supply Chain Insights, in an interview with Retail TouchPoints. “If you look at any of the other retailers, none have taken as much initiative as Amazon has. Although there have been some execution issues in last-mile delivery for Amazon in the urban areas, the USPS offers Amazon a greater range that no one else is taking advantage of.”

Shopper research also confirms that retailers need to ramp up their shipping strategies: 80% of U.S. consumers say shipping options are important as part of the overall shopping experience, according to research from Pitney Bowes. Moreover, 49% of consumers said they abandoned a purchase due to shipping costs.

Although many retailers consider Amazon a serious threat, some smaller retailers could potentially benefit from sharing space with Amazon.

“A retailer could always use Amazon as an additional online storefront to hawk their products, and pay Amazon sales fees that are next to nothing,” said Ann Grackin, CEO of ChainLink Research, in an interview with Retail TouchPoints. “Small retailers can also use Amazon for their delivery service. So a retailer can say that if Amazon is moving into my neighborhood, I might as well use Amazon — not only as another storefront — but to gain access to the world through Amazon’s international reach.”

However, establishing a partnership with USPS also is beneficial in that the agency has a special set of tools — such as knowledge of local shipping routes and offices scattered across the country — that no other commercial shipping company has access to. This makes any partnership an instant threat for competitors, according to Grackin.

“The post office has all the advantages because they are the guys who are always there,” Grackin said. “I think competitors like FedEx and UPS stand to lose a lot if this partnership with Amazon extends past Christmas.”

As a result of its success to date, the Amazon-USPS partnership will extend into New Orleans, Phoenix and Dallas in 2014, according to Sue Brennan, Senior Public Relations Representative at USPS. “This concept has been received very positively and we look forward to discussing the concept with other retailers and working with Amazon on expanding locations.”

Additionally, any retailer can work with the USPS through a Negotiated Service Agreement. So the question arises: Why have no other retailers taken this on?

“With all the advantages that the post office has, I’m surprised that it took so long for a partnership like this to happen in the first place,” Grackin said. “It’s also surprising that no other businesses availed themselves to this economic opportunity.”

The Value Of Persistent Innovation

In addition to its partnership with USPS, Amazon is setting its sights on other shipping innovations designed to make the shopping experience more seamless and enjoyable for customers.

During an interview on 60 Minutes, Amazon CEO Jeff Bezos discussed the company’s plans to invest in and roll out new shipping technology such as Amazon Prime Air delivery drones, which are designed to provide same-day delivery to customers living within a certain distance from an Amazon distribution center. According to a Twitter poll released by Retail TouchPoints, the majority (66%) of people believe the Amazon drones will eventually take flight.

Amazon also continues to build warehouses and distribution centers across the country to help speed shipping times, confirming that innovation is central to the company’s livelihood.

This willingness to invest a great deal of money into the distant future is what makes Amazon different among competitors, according to Leslie Hand, Research Director for IDC Retail Insights.

“(Amazon) is always forward-thinking,” said Hand in an interview with Retail TouchPoints. “They get their investors to support rather low operating margins and rather high capital expenses that will continue to put Amazon in a leadership position for many years to come. Sometimes the benefits of the investment do not come until five years later.”

Amazon’s investment of time and money in future technology prospects indicates Bezos’ commitment to continue to develop the company as an industry leader. But identifying, and investing in, cutting-edge ideas can be a difficult goal for many retail organizations.

Establishing a company culture that focuses on innovation and sharing ideas is key to becoming a leader in the industry, according to Grackin. “Innovation is either in your culture, or it’s not. Once in a while a new CEO comes along and tries to shake things up and make the business more enticing, but that all depends on the mind of the leadership. And one thing’s for sure: Amazon has it.” 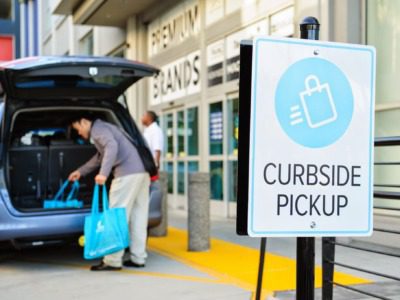 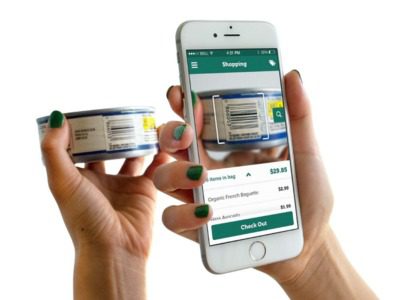