Retail’s “halo effect” — the idea that a purchase in one channel directly impacts purchases in another — has inspired many digital natives to open brick-and-mortar stores as a way to boost sales across all channels. But top digital natives that have opened permanent retail locations are likely seeing less foot traffic than they anticipated, according to a study from global location data technology company Blis.

Out of seven companies studied from May to July 2019, Casper captured 56% of in-store shoppers, well ahead of Amazon (22% of shoppers), Warby Parker (10%) and Bonobos (9%). Allbirds, Away and Rent the Runway each got a 1% share. Casper came out well ahead of the remaining retail stores in “footfall efficiency,” the term Blis uses to describe the number of unique visitors per each geofenced store location.

Despite the high profile of these brands, they are having trouble getting shoppers into their stores on a consistent basis: 80% of the unique shoppers who were tracked shopped in one of these retailers in only one out of the three months, signaling high turnover rates. This number dropped to 13% for those who shopped in two out of the three months, and fell again, to 8%, for those who entered those stores every month.

“From a retail perspective, there’s a lot of conversation around how traditional brick-and-mortar reverse engineers into a digital landscape, but we’re seeing the opposite for these brands that we’re tracking,” said Lauren Anderson, Director of Shopper Marketing at Blis. “We’re finding that for these DTC brands, it’s very much about building that brand relationship and having a genuine engagement, because we know these customers are very comfortable buying these brands online.”

Casper’s lead in foot traffic isn’t surprising, Anderson noted, because mattresses are “tactile” products that shoppers often “need to feel and touch before making a purchase, more so than a pair of tennis shoes that you know you can easily exchange or return.” Additionally, she said this feel-and-touch aspect becomes less important at lower price points, particularly compared to factors like consumer engagement and brand association.

Even though they haven’t yet reached in-store traffic expectations, Away, Rent the Runway and Bonobos still see consumers stepping into their stores, trending more offline than online over the three-month period.Conversely, Allbirds was the one brand where shoppers appeared to gravitate more online than offline. Yet despite having a shopper base that largely shops online, Allbirds makes the most of the shoppers that do enter its four stores — 19% of its shopper base visited the stores in May, June and July, well ahead of the 8% average across retailers.

“With Allbirds, that brand has very much been established as a DTC brand based on a lot of their sustainability as well,” Anderson said. “I think that there’s definitely a correlation of brand loyalty to the comfort of the consumer to just buy directly online. I’m sure that price factors into that as well, knowing that the product is easy to return.”

Blis observed in-store visitors across these seven popular DTC brands in stores located in New York, Boston, Chicago, Los Angeles and San Francisco. The goal of the study was to discover which brands have taken their virtual businesses most successfully into brick-and-mortar retail.

“These experiences looked very different by brand, in how they were presenting the brand in an in-store experience, and still marrying that very much with the digital background,” Anderson said. “Making sure there was a technology component in most of these showrooms was a really smart way that these brands continued to engage with their digital-savvy consumers. This is very much a ‘test and learn’ phase, where they have the ability to stand alone as a DTC brand, but they also have the opportunity to be a lot more agile and learn these scenarios where they’re able to optimize those experiences.”

For example, Rent the Runway bolstered speed and efficiency in its stores by integrating handheld scanning hardware from Aila Technologies into its iPads. The combination enables customers to quickly scan the items they want without the help of an associate, making their visits as quick as they need them to be. Additionally, personalized help is still available for customers who want it, giving shoppers more control over the experience. 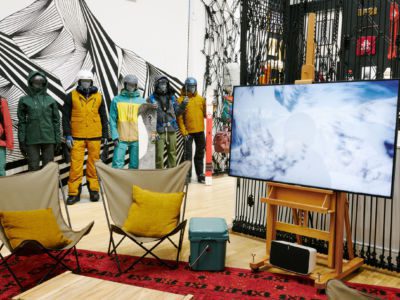 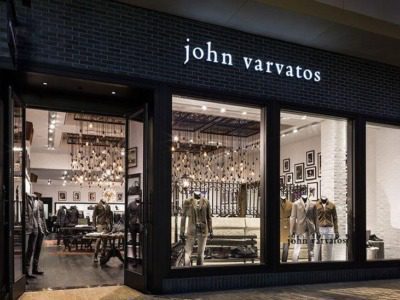