One major theme is central to the Deloitte 2020 Retail Industry Outlook: convenience matters, and it will only be more pivotal as shoppers grow accustomed to mobile shopping, low pricing, and fast and free shipping. However, given that the definition of “convenience” varies from shopper to shopper, retailers must focus on enabling convenience throughout the entire organization, according to the Deloitte report.

The report predicts that more retailers are likely to accelerate conversion of excess space in their stores into micro-fulfillment centers, especially in densely populated areas. As retailers plan to redeploy unused store space, one likely hurdle could be existing lease agreements that put limits on these types of redesigns — a factor that will push more redesigns to owned storefronts.

“Not only can I buy it online and pick it up in store, I can buy it online and drive up, honk and you’ll run it out to me,” said Rod Sides, Vice Chairman, U.S. Retail and Wholesale Distribution Leader at Deloitte in an interview with Retail TouchPoints. “I can send it to a different destination. I can have you ship it to my home. I can return it in a different store than I bought it from. You start looking at that and realize the number of options that a retailer now has to provide to customers, because the expectation is unbelievable.”

The evolution of mobile, from a shopping aid to a point-of-purchase, has further shifted expectations around convenience, with the percentage of people willing to make purchases on a mobile app jumping to nearly 70% in 2019, according to Sides.

“Being able to have the right way to serve up product and recommendations is the key,” said Sides. “Most recognized that mobile is a pretty big extension from what they had from an online perspective. They are investing and making sure that they’re able to get high-quality resolution photos and product descriptions at their fingertips. And it’s less about creating my specific mobile app, but it’s more about being able to link what you’ve got from an application perspective over to what might be easily downloaded via a search engine, in order to be able to access high-quality content.”

While investments in mobile are increasing, Sides noted cost restrictions as a major problem for retailers, which face limited labor budgets within stores and distribution centers. These constraints prevent retailers from having enough labor within these locations to perform both the picking and customer-facing duties necessary to provide the most convenient experience possible.

Additionally, technology integration is required to create seamless customer experiences, which further adds to costs. The report notes that while 5Gnetwork technology will likely play a key role in translating retailers’ digital aspirations into real-world applications in the coming years — particularly in analytics, IoT and AR/VR — many retailers simply don’t have the budget to experiment with the technology in the short term.

“If I pull up to the side of the store and I can let the employees know in an app that I’m here, and you use Near Field Communication technology to be able to do that, it’s all possible,” Sides said. “But the IT spend by traditional retails is pretty constrained. If you look at a traditional retailer, it will probably spend 1.5% to 2% of revenue on IT. If you have an infrastructure to maintain, merchandising systems, marketing, you have to have some dollars there and you have to operational capabilities as well. When you think of the digitally native brands, they’re spending upwards of 4.5% to 5% of revenue on technology. By definition, these traditional retailers are falling further behind based on lack of capital.”

For better or for worse, digital natives also are held to a different economic standard than their traditional counterparts, especially with the venture capital that is backing many of them. They don’t face the same profit-generating pressures as many other retailers, so they can focus more on gaining market share by spending more on the technology necessary to deliver convenient experiences across channels.

“I don’t think anybody’s necessarily asleep at the switch and doesn’t recognize they need to go there,” Sides said. “A lot of it just becomes constraints on the tech that they can deploy.” 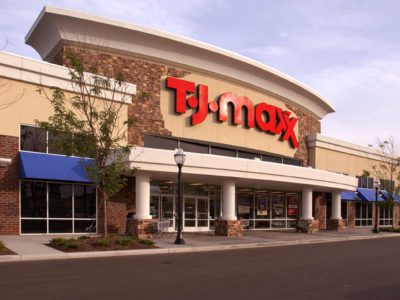 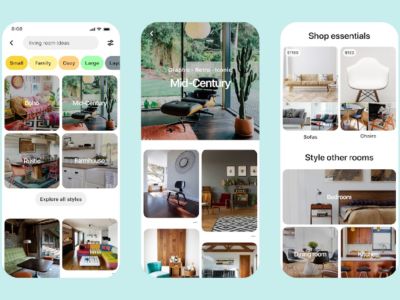