A single online or in-store transaction is rarely an isolated occurrence. Usually, it stems from, and leads to, a series of transactions, emphasizing the role of the “halo effect” — how a purchase in one channel directly impacts the purchases in another. Retailers must take this halo effect seriously when planning future stores or even reducing store counts, according to a survey from the International Council of Shopping Centers (ICSC). The study, titled The Halo Effect II: Quantifying the Impact of Omnichannel, revealed:

Although the study largely focused on transactions taking place within a 15-day period, spending usually continues to increase for a full month. For instance, in discount department stores, five days after spending $100 on a retailer’s web site, shoppers will spend an additional $140 in-store on average. By the 30th post-transaction day, they will have spent an additional $319.

In contrast, when the initial purchase is online at a traditional department store’s site, subsequent in-store purchases total only 50% of the original $100 spent online by the 30th post-sale day, including in-store returns.

Spending behavior across channels varies by category, but the percentage generally tilts toward physical-store spending. For example, at discount department stores, 96% of spending is in-store. Even at digitally native retailers, consumers make approximately 60% of their purchases at the company’s physical store locations, despite the companies having started out online.

The study also noted differences in the number of “halo visits” compared to total spending. While shoppers typically spend more online after an initial store visit, they are more likely to visit stores in the wake of an online purchase. This proves to be true across all categories: on average, customers complete 2.1 in-store transactions by the 15-day interval after an online purchase, and only 1.3 online transactions following an in-store purchase.

In cases where customers are spending online to start, the store pays dividends elsewhere. For example, 62% of online apparel shoppers pick up their purchases in-store.

One way retailers can encourage the halo effect is to only offer certain items in one channel, according to Stephanie Cegielski, VP of Public Relations at ICSC.

In order to maximize the potential of the halo effect, ICSC advises retailers to adapt to increasing demands for unique, personalized shopping experiences.

With the growing buying power of Millennials, who comprise half of omnichannel shoppers, and the even younger Gen Z cohort, more retailers are creating technology-centric retail environments. For example, many retailers are deploying in-store tablets designed to acquire customer preference information, while beauty brands like Sephora, Glossier and Coty have installed experiential mirrors in their stores.

Cegielski highlighted how Millennials and Gen Z’ers seek out the social element of shopping, which more emerging brands are incorporating into their stores. For instance, she noted that nine-year-old menswear company UNTUCKit has added a bourbon bar to its stores to attract customers.

“You want to make [retail] a destination, as opposed to just what 10 or 20 years ago was racks or tables of clothes,” Cegielski said. “That can be personalized customer service that can be much more technologically interactive, or it can just be a really fun place to be that is Instagrammable.”

Despite the notion that physical stores will fall by the wayside as the world — and retail — becomes more digital, the report concluded that in-store spending growth, particularly among emerging retailers, further endorses the value of brick-and-mortar stores.

“There’s a lot of talk that online shopping is the way of the future, and I don’t think it is,” said Cegielski. “I think that there’s a combination of both online and in-store, and what we found in both of these [Halo] reports was how dependent these channels are upon one another. There’s a strong incentive for retailers to have both those channels available because it’s ultimately better for their bottom lines.” 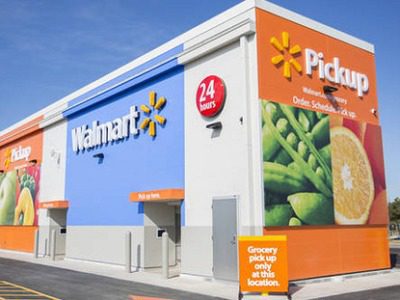 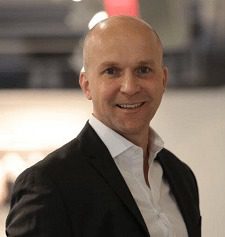