Prime Day and e-Commerce may have defined the start of the back-to-school (BTS) season, but brick-and-mortar retailers — particularly omnichannel mass merchandisers — are poised to grab their fair share as the start of school approaches. Parents are expected to spend $14.5 billion in the weeks following Aug. 1, according to data from Deloitte; that’s more than half of the $27.8 billion in spending predicted for the entire season.

Shoppers plan to spend approximately 56% of their total BTS budgets in-store, a total of $15.7 billion across the entire season, according to a survey by Deloitte. In comparison, 29% of the average budget will be spent online, accounting for $8.1 billion. The remaining $4 billion is undecided and will be split between both channels, with online expected to hold an edge.

Mass merchandisers are expected to be the big winners during the remainder of the season due to their combination of online and offline offerings, which meet the specific needs of BTS consumers. For example, in stores, the nature of browsing aisles helps customers find important items beyond what’s on their preplanned shopping list.

“What really excites me about the data and what I’m seeing, not just in our survey but across the market, is that mass merchants are on the rise,” said Lokesh Ohri, Principal of the Advertising, Marketing and Commerce offering at Deloitte’s Retail Consulting Practice in an interview with Retail TouchPoints. “They are starting to gather share faster than the other retail categories out there, which is exciting and interesting. The one-stop shop is coming back.”

Mass Merchandisers Have The Advantage With Last-Minute Purchases

One of the key attributes that lead shoppers to mass merchandisers during this season is convenience. Shoppers can have bulky items delivered to their homes while trying on clothes in-store to make sure they fit their growing children. Deloitte found that mass merchandisers were the top destination for shoppers in three different BTS categories:

In particular, parents are less likely to purchase school supplies and clothing during Prime Day, due to the unlikelihood of their being discounted and their need to be tried on, respectively. This gives brick-and-mortar retailers in general, and mass merchandisers in particular, an advantage, particularly as these items are purchased closer to the start of the school year.

“With standard staple supplies [parents] know what they need, so they can buy them and they can quickly price compare as they shop,” said Ohri. “So much of the clothing and accessories shopping comes later and in-store, because with kids, sizing online is so much harder to do.”

Mass merchandisers’ growth is supported by online capabilities that have improved in recent years, according to Ohri. This aligns with other data as well: online BTS sales at brick-and-mortar retailers grew 31% in 2018 compared to 2017, while pure-play e-Commerce retailers saw a 20% increase, according to Cardlytics.

“You would think it would be a little bit cannibalizing if you’re maybe going in-store or online, in that you’re shifting spend from one channel to another along this omnichannel line,” said Dani Cushion, CMO at Cardlytics in an interview with Retail TouchPoints. “However, for BTS specifically, consumers who bought both online and in store spend 48% more than people who are buying just in-store or just online, which is massive. It’s just another way to build loyalty, and is all about getting in front of customers where they want to buy.“

Technology is helping brick-and-mortar retailers deliver across channels as well. Modern inventory and AI-powered systems let retailers have their stores function as warehouses, improving delivery times and reducing out-of-stocks, while making it more likely shoppers will be able to find everything they need in a single trip. These solutions also can help retailers tweak their inventory as the season progresses to keep up with what is selling best.

“Not only can AI help with what and how much to buy, but also, once it’s been bought, where to place it,” said Andrea Morgan-Vandome, CMO at Celect in an interview with Retail TouchPoints. “It allows retailers to shift the business model: now, instead of just pushing all that inventory out into the store, which has been the typical practice, they can actually hold inventory back, see what’s selling where, remix the assortment and look at what is selling best where. During the BTS period they can continuously realign what they put there.“

The BTS season has reached its final weeks, but there are still billions in sales to be made. Retailers that take advantage of last-minute shoppers’ need for convenience will continue to benefit well outside the window created by Prime Day.

“I think it is about reaching people where they want to shop, but I also think it’s about communicating a message of convenience,” said Cushion. “I think what we’re seeing is easy one-stop shopping, where they are getting in front of consumers like myself, a mom of three, and talking about all of the various things that you can get in one place. It’s all about convenience.” 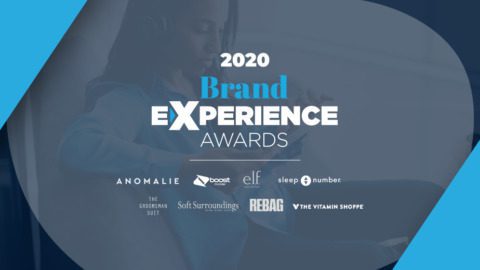