To Fulfill By Amazon Or Not? Brand And Tax Implications Shared In Exclusive Q&A

With major brands such as Nike, adidas, Disney and Victoria’s Secret all selling directly on Amazon, it’s clear that more of these companies are considering bypassing third-party sellers altogether to reach the customer. This could pose a big problem for sellers’ profit margins, particularly as many of these companies rely on the power of these brands’ products to stand out from other marketplace sellers.

In another challenge for marketplace sellers, those that use the Fulfillment By Amazon (FBA) service to deliver products to their customers may have unwittingly been generating hundreds of thousands of dollars in sales tax liability without even being aware of it. A limited-time sales tax amnesty program, however, offers these sellers the opportunity to wipe the slate clean and avoid audits and payments of back taxes and fines.

In a Q&A with Retail TouchPoints, James Thomson, President of the PROSPER Show education conference for Amazon sellers, shared:

RTP: Why do you think some brands are deciding not to sell through a third-party?

Thomson: We’ve got a situation today where on Amazon it’s not uncommon to have dozens of sellers selling exactly the same product at the same time. They’re all basically viciously competing against each other on price, but only one of them could get the sale. If you have 20 companies selling the same product and they’re all selling on the same listing, then one of the best ways for them to try and compete with each other is to lower the price.

In a brick-and-mortar setting, brands want their products distributed in 20 different stores, because the customer that goes in each of those stores is likely to be a different customer. But if those 20 companies selling those products are all selling them on Amazon, they are all competing directly in the same space as each other.

A lot of brands don’t see that distinction, and they don’t understand how having multiple companies selling the same product on Amazon is actually going to end up hurting the brand from a pricing perspective.

If I’m the retailer, I’m getting beat up because brands aren’t going exclusive or semi-exclusive online. The margins are being squeezed, and as a seller, it’s getting harder to make a business unless you’re able to negotiate some sort of exclusive distribution model with the brand.

That’s the model of the general merchandise seller, which sells a bunch of products and competes against a bunch of other sellers that are selling the same products. There’s nothing meaningfully different that you’re doing that other sellers aren’t already doing.

RTP: What does this mean for brands on Amazon going ahead?

Thomson: There are brands that are now competing as the direct-to-consumer seller, so more brands are going direct doing B2C on Amazon. That’s an interesting model because they’re often removing their own retailers and distributors who had previously been selling [their products].

Brands are realizing that these companies don’t actually do much for them on Amazon, and are deciding to be the seller of record instead. I talked to a large third-party seller who literally has watched five or six of the 10 largest brands he sells leave the business. He’s been shut out from selling any of them on Amazon, and has said that most of the revenue online has disappeared because brands have gone direct.

With that in mind, what exactly does a third-party seller do at that point? In a brick-and-mortar channel, these sellers can do all sorts of interesting things because they have physical presence and wider geographic coverage. On Amazon, a seller doesn’t really do very much if there are already a bunch of them in place.

It’s getting very difficult to be a profitable seller online unless you’re able to lock up those exclusive relationships with brands.

RTP: What led to the sales tax liability issue for these sellers?

Thomson: If I’m a third-party seller on Amazon — it doesn’t matter if it’s my own product I’m selling or somebody else’s product — today, if I want those products to be Prime-eligible, then they have to be put into Amazon’s Fulfillment By Amazon (FBA) program.

That’s a program where you take the products, you ship the product into Amazon’s warehouse and then Amazon will do the fulfillment of all the individual orders.

What happens is your product now sits in an Amazon warehouse. Not only does it sit in the warehouse that you shipped the product to, but Amazon will move the inventory around from warehouse to warehouse. They’ve got a network of at least 26 different states where they have product.

Unfortunately, when you put your product in a warehouse and then it gets moved to other warehouses, you trigger sales tax nexus in the other states because of the inventory’s brief physical presence there.

A lot of companies using the FBA program don’t even realize… “Oops, my product got moved to another state. I may have sales tax liability there.” What’s happened is we’ve seen compliance rates of less than 10%. A huge number of sellers haven’t addressed their sales tax responsibility in those states. This means a lot of these sellers are accruing big sales tax liabilities over time.

Say I sell $1 million in product a year on Amazon. If I look at the states where Amazon has FBA facilities and then I look at the average tax rates in those states, in that $1 million of sales, I probably have about $50,000, or 5%, of my revenue as liability for sales tax. If I haven’t asked Amazon to collect the sales tax that I can pass through that expense, I’ve got a situation here where $50,000 for every $1 million I sell is a liability that I haven’t addressed. If I’m only making 15% margin and 5% is sales tax liability, it doesn’t take very long for me to actually have more liability than I’m making in profit any given year. And that’s exactly what’s happened for literally tens of thousands of sellers on Amazon.

It’s kind of a silent killer in the sense that sellers don’t realize they’re accruing this liability. All these sellers who realize it want to figure a way out.

They can try to negotiate with the state, but the problem is they could owe a fine equaling more than two years of back taxes. The problem is, even if you’re making 15% margin, you could owe a huge amount of any annual profits back to the state.

RTP: What does this sales tax amnesty program specifically enable these retailers to do?

Thomson: The amnesty program allows a seller to register in the state where they may have these tax liabilities so they can collect the sales tax going forward. This is a great way for sellers to be able to potentially come clean and do the right thing from a sales tax perspective, but they have to first acknowledge that there is an issue and they need to fix it.

That’s one of the challenges we’re facing at this point — a lot of sellers, even if they’re working with a CPA, often aren’t up to speed on the sales tax nexus rules. Either the seller or the CPA are not recognizing that this is a real problem.

I have read lots of online seller forums and blogs where people are basically saying that they don’t think these rules apply to their company. Unfortunately, that’s water under the bridge. The actual interpretation is very clear; if you put your product under FBA and it lands in a particular state, you’re going to have sales tax responsibility. Ignorance doesn’t fix this problem.

The other issue that’s happening here is that some of the states, such as California, Connecticut and Washington, are getting very aggressive in finding Amazon sellers and auditing them. As soon as they audit you, you have to open your books and figure out just how many dollars you’ve sold in that state and not paid sales tax on.

When you get audited, you can’t bankrupt your way out of that responsibility. That liability stays with the owner of the LLC whether it remains in business or not. As states get more sophisticated in finding these sellers, an awful lot of sellers are going to wake up with a big surprise because they’ll get either a phone call or a letter in the mail from some department of revenue.

RTP: What should these sellers do to take advantage of the program and understand the rules to follow?

Thomson: The most important thing is to get a CPA or a tax attorney who understands sales tax law, and unfortunately there’s not a lot of them out there right now that are working with Amazon sellers.

If you are a seller on Amazon today, don’t just work with the CPA you normally work. Unless that person is skilled in sales tax nexus, you can end up in a problem.

If you haven’t been paying your sales taxes that you do owe, use the amnesty program to fix the problem in 23 of the states where you might have one. The amnesty program isn’t in every state in the country because not all of them have decided to participate, but you have to do this bit by bit to remove different parts of the liability. 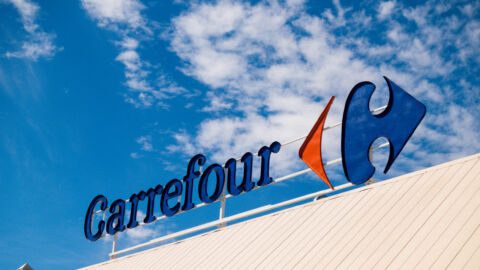 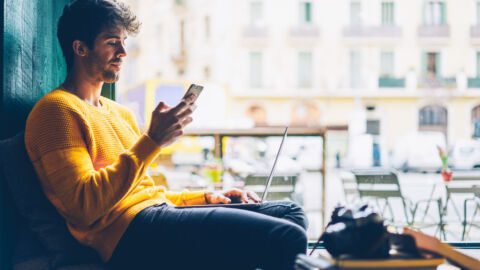