What Does ‘Omnichannel’ Mean in 2021? How Marketplaces are Reshaping the Digital Landscape

In the World of ‘Attention Commerce,’ a Multi-Channel Presence is Key

It’s been a big month for BigCommerce: in the last four weeks, the SaaS ecommerce platform has partnered with Latin American marketplace Mercado Libre to facilitate cross-border sales; teamed up with Amazon to give its merchants access to Amazon’s order fulfillment services, whether they sell on that marketplace or not; expanded its European presence beyond the UK to the Netherlands, Italy and France; partnered with BNPL provider Sezzle so that BigCommerce merchants can offer installment-based payment plans to shoppers; and acquired data feed management platform Feedonomics to enable cross-channel product sales.

As the ecommerce wars heat up, BigCommerce is making a name for itself as one of the top facilitators of digital trade, alongside competitors such as Shopify, Adobe Commerce and Salesforce Commerce Cloud. The company sees itself sitting squarely in the center of the pack, catering primarily to mid-size businesses with $1 to $50 million in online revenue.

The company’s Senior Director and General Manager of Omnichannel, Sharon Gee, has been at the center of the massive shifts taking place in ecommerce over the last year and a half. With more than 10 years of experience in digital marketing, ecommerce strategy and digital transformation, she has helped architect omnichannel strategies for hundreds of brands and retailers, including Michael Kors, Joann Fabrics, Converse and Billabong Brands. Now, at BigCommerce, she helps merchants grow via integrations to channels such as Google, Facebook, Amazon, eBay and Walmart, a task she says is “like walking among giants.”

She took some time out to talk to Retail TouchPoints about how the growth of online marketplaces has transformed the digital playing field, and added even more nuance to the meaning of the word “omnichannel.”

Retail TouchPoints (RTP): As you look at everything that’s happened in the last 18 months or so, what stood out to you and what do you think we can expect in the coming year?

Sharon Gee: People aren’t going to forget their new digital training; they’re not going to forget how to shop online for groceries. COVID accelerated everything that was going to happen. [Previously], there was so much inertia because the systems didn’t exist, but [the pandemic] accelerated everybody’s ability to move online. As a result, companies had to contemplate, ‘What is my omnichannel strategy? How do I make sure I’m talking to my shoppers wherever they are?’

That led to this huge move toward making sure that people could get their fulfillment story and their operation story in line, where historically they were running their operations and their Amazon business very separately from their dot.com business. COVID forced everybody to smash it all together and realize they needed to have a unified, integrated approach to omnichannel. And I think we’re going to keep seeing that bear out as marketplaces rise. Retailers that are multi-brand now are going to realize, ‘I need depth of catalog around this interest, because essentially I’m a media platform that can sell media in the way that Amazon has done.’

RTP: We’ve been seeing a lot of traditional retailers launch their own marketplaces, either instead of or in addition to selling on existing marketplaces. Why do you think this is happening?

Gee: We’re entering what I call attention commerce, which means anybody who has an audience doesn’t want to send people away from their owned spaces. As data privacy increases, it becomes more and more challenging to get data about [consumers] from other places. So, on one hand, you’ve got this data privacy issue and what I would call the privatization of the internet, where if you have people’s eyeballs, and they’re using your apps, you don’t want them to leave, you want them to be able to discover a product and buy seamlessly right there. And then on the other side you have ecommerce technology advancing enough to be able to power headless capabilities, like a headless checkout within someone else’s app.

Merchants, particularly large retailers, who historically had this wholesale relationship where they had vendors and buyers now recognize there’s a benefit to a third-party marketplace model. We’re seeing it with Walmart. They were previously very closed, you had to have a wholesale relationship with them to distribute on their dot.com, and now it’s possible for third parties to list products on their owned space, but Walmart doesn’t own the inventory or the fulfillment.

Retailers want to launch those kinds of experiences, because they don’t have to hold the inventory. Their asset that they’re bringing to the table is the eyeballs, and the benefit to them is inventory and diversity of catalog — if you can create an integration story. There’s also a nice take-rate model, the way that Amazon has built. Amazon monetizes all of the four pillars — they monetize their marketplace; they monetize their advertising, which is the marketing pillar; they monetize fulfillment services, which is that inventory order management and fulfillment piece. And then analytics is the other piece; how do you measure it all?

RTP: The word omnichannel has been thrown around a lot in the last decade or so, but with the diversification of digital ecosystems it seems to be taking on a new meaning. What does the ideal of omnichannel look like, in your opinion?

Gee: Omnichannel for me means a merchant can sell anywhere their shoppers are and fulfill anywhere they place that order. It means I can see the product on Facebook and I can check out directly from there, or if I walk into a store and they don’t have something in my size I can order it from within the store and have it shipped to my house.

Put simply, if a shopper wants your product and wants to interact with you, you can engage with them, surface that product information and have a complete view of where all of your inventory and channels sit. If I have POS locations, let’s imagine I have 15 stores, I need to also be aware of the inventory in all of those stores, so those stores essentially connect as a warehouse that I can ship product from. Everything needs to be networked into a system of record that gives you visibility into where all of your inventory sits.

RTP: What are the crucial factors to consider when building out an omnichannel strategy?

Gee: In a post-COVID world, you can’t just run a direct-to-consumer site. If you have an ecommerce business, the second-most-important thing you should do is to sell across other channels. But that comes with a lot of questions, and the strategy is very category dependent. If you’re a DTC brand in fashion, you probably need to make sure that you are listing on Google, Facebook, Instagram, Pinterest, TikTok and Snapchat. It’s very different than if you’re an automotive retailer. Then you probably need to be on eBay Auto and other more automotive fitment-style marketplaces.

At the end of the day, the channels are all blurring — Google used to be an advertising platform, now they have Buy on Google, which makes them a marketplace. Amazon is the third-largest advertising platform on the planet, and it used to just be a marketplace. With the merging of digital ads, channels and marketplaces, merchants all just need the same thing, which is the ability to easily sync product, inventory and orders, and be able to market and advertise on those channels.

My team spends a significant amount of time working with merchants on channel strategy. How do you go from a single channel to many? I talk about it as an omnichannel maturity model — it’s this curve of single channel, multi-channel, global omnichannel. But it’s like eating an elephant — you can’t turn on 15 channels all at once. It has to be done progressively.

RTP: What are the biggest challenges to creating an omnichannel operation?

Gee: At the end of the day, all of us shoppers want the same thing. We want to know about the product: Product details. Is it in stock? Can it be shipped to me? How long will it take, and how much will it cost? But that’s a big systems challenge for merchants because [to do that] they’ve got to have multi-location inventory awareness. So if you have inventory in FBA [Fulfillment by Amazon] or if you have it in an East Coast warehouse or a West Coast warehouse, you need to be able to surface all of those things. You can’t make a commitment to a California shopper that you can deliver same-day unless you know that inventory sits in your California warehouse 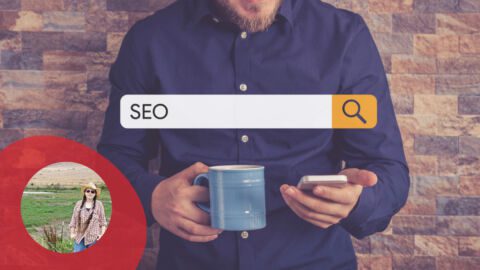 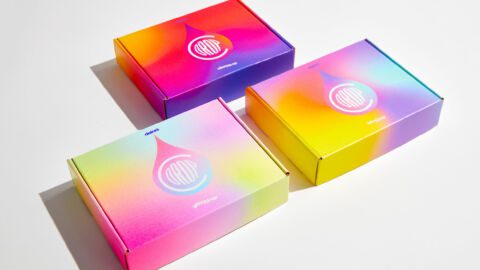