“The speed with which Amazon intends to adjust pricing across the Whole Foods network will force changes in the way the industry operates,” said Greg Portell, lead partner in the retail practice of A.T. Kearney in commentary provided to Retail TouchPoints. “The complexity associated with traditional grocers makes it difficult to adjust pricing quickly. If Amazon is able to translate their dynamic pricing capability to the physical stores, traditional grocers will be under pressure to match that ability – regardless of whether they match prices.”

It is unclear how heavy the price cuts will be, but it’s not just about pricing for Whole Foods — and that has consumers excited and competitors intimidated. Here are some additional “perks” announced last week:

By convincing more Prime members to go to the store, Whole Foods is looking to wipe away the “Whole Paycheck” label that the grocer has suffered from in recent years, and to be more inviting to shoppers beyond the upper middle class-to-upper class clientele the grocer already attracts.

“While announced changes are good for signal value, the complexity associated with stitching together their consumer views will take time,” Portell said. “Real value for Amazon will emerge when their consumer profiles stretch beyond the screen and into the physical aisle. When Amazon is able to achieve that seamless view, traditional retailers will be pressured to stop viewing their worlds by channel. The completion of this deal kills the typical view of retail being delineated by channels.”

The pressure is now on grocery competitors to figure out their own ways of streamlining and integrating multiple channels. All of the major competitors to Whole Foods immediately felt the impact of the news: Kroger, SuperValu, Costco, Sprouts Farmers Market and even Walmart and Target saw their stocks dip in the hours after the announcement.

With Whole Foods now offering various private label offerings on Amazon.com, AmazonFresh and Prime Pantry, the brands will have a much greater scale and potentially reach a much broader set of consumers. The 365 brand is the flagship off-price organic private label for Whole Foods, but the retailer had not yet expanded it online.

And even though Whole Foods has moved to create brick-and-mortar stores to showcase the 365 brand, the pace remains slow. As of July 2017, just four 365 concept stores were open in in the U.S., with 22 preparing for launch.

Bringing the 365 brand online represents a massive win for Whole Foods, at least from the consumer sentiment point-of-view. A Piper Jaffray survey from Spring 2016 found that 365 is shoppers’ favorite organic-food brand, ahead of premium names such as Kellogg’s-owned Kashi and General Mills’ Annie’s.

Amazon also benefits from this expansion. While the e-Commerce giant has jumped into private label in fashion and apparel, its food offerings, such as Happy Belly and Mama Bear, haven’t taken off. 365 would garner a lot more attention for Amazon as a food seller, especially from new shoppers that have never been in a Whole Foods store before.

In its press release Amazon revealed that Amazon Lockers will be available in select Whole Foods stores. Customers can either have products shipped from Amazon to their local Whole Foods Market store for pickup, or leave products in the lockers for returns back to Amazon.

“The announcement about Amazon Locker deployments means their reach has jumped by 460 locations,” said Nick McLean, CEO of OrderDynamics in commentary provided to Retail TouchPoints. “Like the Instant Pickup announcement, it’s an indication that Amazon is taking omnichannel seriously and is moving quickly. In the U.S., OrderDynamics has found that only 29.1% of retailers have in-store pickup capabilities, and that most are missing the mark. With Amazon adding 460 in-store pickup locations, retailers need to get in the game and put in place their own click and collect services, or get knocked over by the oncoming train.” 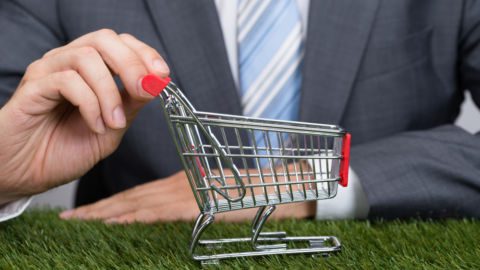 How Retailers Can Strengthen Sustainability With Data-Driven Pricing Strategies

Exclusive Q&A: How Amazon’s Marketplace Disconnects Sellers from Their Customers