Predictions from Deloitte Consulting indicated that retailers and consumers alike were going to have a more pleasurable holiday season, with total sales expected to climb between $963 billion and $967 billion, an increase of approximately 4.5% over 2012.

Although Deloitte’s predictions noted that consumer spending and sentiment would improve consistently through the holiday season, the looming debt ceiling deadline and government shutdown are causing a stir among retail industry players and consumers alike.

“The increase in holiday sales is comparable to last year, in which we were having a similar yet different set of struggles,” said Jackie Fernandez, Partner at Deloitte & Touche LLP, in an interview with Retail TouchPoints. “We had international unrest, debt ceiling issues, and the election, which was taking focus away from a number of Americans who simply didn’t know what the future would hold. When you look at real estate prices and the stock market, things have rebounded a bit.”

Through a survey of more than 6,000 consumers, the National Retail Federation (NRF) and Prosper Insights & Analytics determined that the average holiday shopper will spend $737.95 on gifts, décor, greeting cards, among other items — a 2% decrease from total 2012 holiday spending.

The NRF/Prosper Insights & Analytics survey also confirmed that consumers will be cutting back on buying gifts for themselves while shopping for friends and family. Overall, only 57% of consumers said they plan to purchase items for themselves if sales and discounts are good; a 2% drop from 2012. These “self-gifters” will spend approximately $129.62 this year, down from $140.43 last year. Total sales are forecasted to increase 3.9% to $602.1 billion.

“Americans are questioning the stability of our economy, our government and their own finances,” said Matthew Shay, President and CEO of the NRF, in a press release. “We expect consumers to set a modest budget for gifts and other holiday related purchases as they wait and see what will become of the U.S. economy in the coming months.”

Shay’s perspectives are confirmed by consumers’ sentiment: 29% of respondents said “the political gridlock in Washington around U.S. fiscal concerns” would somewhat or very likely affect holiday spending plans. The overall state of the economy also was an issue for consumers, as 51% said it would impact spending plans.

Online and mobile sales are expected to acquire a larger percentage of total sales, according to Deloitte. Total non-store sales are predicted to improve by approximately 13%, and m-Commerce will make up 8% of all holiday purchases. The ongoing growth of showrooming, coupled with the fact that consumers are more comfortable browsing and buying via their mobile devices, is driving the rapid growth in mobile.

As a result, it is more important than ever that retailers take an integrated approach to their holiday marketing campaigns, according to Fernandez. “Over time, the connection between brick-and-mortar, mobile and online is far too powerful for retailers not to acknowledge. Year to year, we are seeing retailers tackle this trend in different ways and come up with new platforms and technology to make it easier for customers to personalize their shopping experiences across channels.”

In fact, these new technological innovations will be the key drivers of holiday growth.

“Economic factors are always primary in holiday predictions but the technology piece is building quickly,” Fernandez said. “There is so much information out there, and so many ways to price compare and shop — that’s going to continue this year.”

NRF also predicts growth in the online and mobile sectors: The average consumer plans to complete 40% of all holiday shopping online, with e-Commerce sales expected to grow between 13% and 15% versus 2012. Smartphone (54%) and tablet (63%) users also indicated that they would use their devices to shop, compare prices and research products this holiday season. 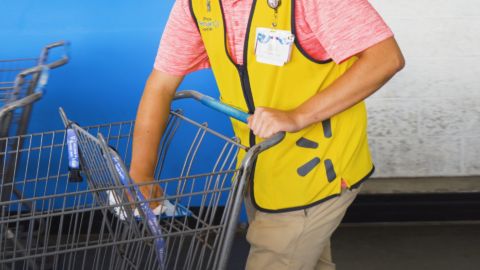 Walmart To Hire 20,000 Seasonal Employees To Prepare For A Digital Holiday Season