Ahold Delhaize has launched nearly 500 robots at its GIANT and Stop & Shop stores to patrol the aisles for spills and, eventually, out-of-stock items. The retailer discussed the capabilities of these six-foot machines, which have been outfitted with googly eyes and nametags that read “Marty,” at a Jan. 14 NRF Big Show session, titled Why There A Robot In My Store?

Marty is the result of a collaboration between Retail Business Services, the services company of Ahold Delhaize, and Badger Technologies, a product division of Jabil that created the robot. The machines will move through the aisles to detect hazards such as spills, reducing liability and making the stores safer, and will be rolled out through the early part of 2019.

“The purpose of our robots is to make sure our stores are a safe place for associates and our customers,” said Nick Bertram, President of GIANT. “This robot helps us take it to the next level by scanning different areas where there may be a hazard, then alerting an associate so they can come out immediately and take care of that hazard.”

The robots are adaptable: if a particular aisle is spill-prone, a Marty can roll down its entire length rather than just stop at the end and scan for issues. The robots also can recognize different types of flooring — a grape may be a slipping hazard if it’s in the middle of the cereal aisle, but it can be ignored if it’s safely caught in a rubber mat in the produce section.

The robots are equipped with the same type of navigation system as a self-driving car, allowing them to accurately map and navigate the store. They can detect and travel around unexpected barriers as they make their way around, and can differentiate these obstacles from shoppers: when a Marty observes a person come within several feet, it stops and waits for them to get out of the way before resuming its patrol.

Marty’s unique customization has helped the robot quickly become a fixture at GIANT stores where the technology is deployed. While some customers have been surprised to see a robot rolling around the store, most people have reacted positively.

“We thought some of our customers might freak out, but especially for children, having robotics inside the supermarket is actually exciting,” said Bertram. “We would often see people taking selfies with the robots on our social media channel. We’ve made it part of our community engagement.”

Made For More Than Detecting Messes

The robots have additional capabilities, including analyzing shelves for out-of-stocks while gathering other useful data. While patrolling the floor is the baseline capability, robots like Marty also can be used to give retailers real-time updates on what’s happening in their stores using a variety of metrics.

“We took an autonomous robot and put a sensing tower on it with various cameras, but that platform can be used for an RFID sensor or temperature sensing,” said Tim Rowland, CEO of Badger Technologies. “The whole notion of ‘How do I use that?’ can be taken to the executive team and explained to them as ‘How can I use this to improve operations?’”

Ahold is planning to take advantage of these other capabilities in the future. Eventually, the technology will be updated to search for holes on shelves and offer data-driven feedback on each store’s layout.

“What I’m most excited about is phase two, when we get planogram compliance and in-stock,” said Bertram. “Out-of-stocks continue to be, centuries later, the thing that customers continue to be frustrated about. No matter how good you get, if you are missing that one item that one time she wants it, you’ve failed that trip.”

Marty: Designed To Help People, Not Replace Them

Even though the robots will be taking over tasks associates used to handle, they won’t be costing anyone their jobs. Marty is designed to improve efficiency among existing workers by helping them complete mundane tasks more quickly, letting workers focus on delivering a top-notch experience to shoppers.

“Labor is a scarce resource, and it’s an expensive resource, and the point is how it gets deployed,” said Steven Keith Platt, Director and Research Fellow at the Retail Analytics Council. “Is the best employee stocking shelves, or is the best employee helping a customer? What you see in Alibaba warehouses and Amazon warehouses is robots assisting humans to complete tasks. Working together is really the future of how this goes.” 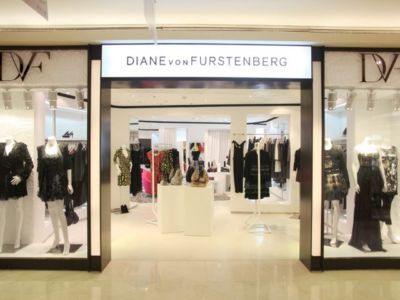 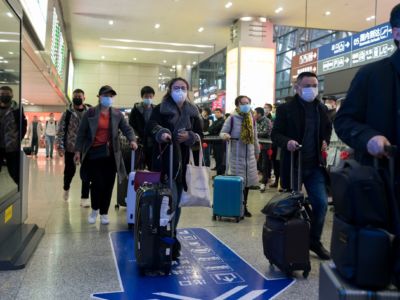