The COVID-19 pandemic has divided the discount vertical: Essential retailers such as Dollar General and Dollar Tree, which were able to keep most stores open, posted strong sales gains, while The TJX Companies and Ross Stores, which were deemed non-essential, reported significant losses.

Dollar General saw its net sales rise 27.6% to $8.4 billion in Q1 2020, while same-store sales jumped 21.7% during the same period. The retailer saw increases in consumables, seasonal home products and apparel, with the company attributing this growth to COVID-19’s impact on consumer behavior.

Unlike some other retailers, Dollar General’s selling, general and administrative (SG&A) expenses actually dropped, to 20.5% of net sales, compared to 22.5% in Q1 2019. While the retailer incurred additional expenses from associate bonuses and other COVID-19-related expenditures, Dollar General was able to reduce markdowns, on top of benefiting from increased purchase volume.

Dollar Tree’s results were not as strong as its rival’s, but they were still positive: overall sales grew 8.2%, to $6.3 billion. Same-store sales differed by chain: Family Dollar increased 15.5%, but Dollar Tree declined 0.9% during the quarter, which was largely attributed to lower Easter holiday sales.

Like Dollar General, Dollar Tree’s SG&A expenses fell to 22.7% of net sales in Q1 2020, compared to 23.1% in Q1 2019. Dollar Tree also increased payroll costs due to worker bonuses, but the growth was offset by reduced operating and corporate expenses, occupancy costs and advertising.

Both dollar store retailers also continued opening and remodeling locations throughout the quarter:

While both retailers withdrew their guidance due to fiscal uncertainty, their price positioning puts both Dollar Tree and Dollar General in a strong place to withstand a COVID-19-driven economic decline.

“We have a resilient business model that has been demonstrated to work in varying economic climates,” said Gary Philbin, CEO of Dollar Tree in a statement. “With more than 38 million Americans filing unemployment claims in the past nine weeks, we believe that Dollar Tree and Family Dollar are part of the solution to help millions of families stretch their budgets to help make ends meet. Our focus is on meeting customer needs, while growing and improving our business to deliver long-term value to shareholders.”

Closed Stores Lead To Losses, But Recovery May Be Right Ahead

While off-price retailers can succeed in times of economic turmoil, the realities of operating during a pandemic are currently weighing down non-essential discount stores. TJX, which shut down both its stores and web site, reported net sales of $4.4 billion for the quarter, down 47.5% year-over-year, resulting in a loss of $887 million.

However, the retailer has reported “very strong initial sales” at its more than 1,500 reopened stores, and it was able to negotiate rent deferrals with many of its landlords. The company wrote down $500 million in inventory for the quarter, primarily out-of-season merchandise, but it expects to be able to sell the goods during Q2.

“Although it’s still early and the retail environment remains uncertain, we have been encouraged with the very strong sales we have seen with our initial reopenings,” said Ernie Herrman, CEO and President of TJX in a statement. “We believe this very strong start speaks to our compelling value proposition and the appeal of our treasure-hunt shopping experience, as well as pent-up demand. It has been great to see, especially for the teams working so hard on the reopening preparations and our associates welcoming back our customers.

Ross posted similar losses for the quarter, with sales dropping 47.3% year-over-year to $1.8 billion, resulting in a net loss of $306 million. The company has since reopened 700 stores, with the remaining stores slated for reopening to be reopened over the coming weeks.

While both companies may be able to recover in the coming months, the large quarterly losses took their toll on each retailer’s finances. TJX drew down $1 billion from its revolving credit facilities to weather the COVID-19 crisis, while Ross drew down $800 million. 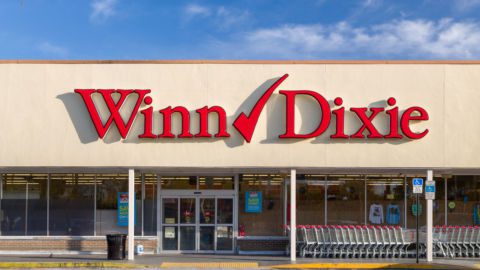 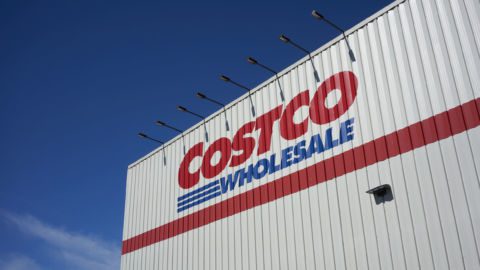