Simon, Westfield And Others Close Shopping Centers; Will Malls Recover?

In response to the coronavirus (COVID-19) pandemic, Simon Property Group, the largest mall operator in the U.S., has closed its 200+ shopping centers nationwide, while Westfield is shuttering all 37 centers. The closures, in effect through March 29, came after some of the country’s largest mall complexes have shut down, including the Mall of America, King of Prussia, New York’s Hudson Yards and New Jersey’s already partially delayed American Dream.

With New Jersey, New York, Pennsylvania and Connecticut legislators already taking action to shutter large malls across their states and the federal government encouraging social distancing, there’s a high probability that more mall owners will shutter their doors — and that’s bad news for retail tenants that already have struggled to gain foot traffic.

Although other major mall operators, including General Growth Properties, Macerich and Kimco Realty, have not yet closed their complexes, malls already have been seen as a key part of the industry’s challenges, particularly in “B” and “C” malls (the former brings in $300 to $500 per square foot, while the latter generates less than $300 per square foot).

Malls that operate under these classifications often have had to fill vacancies due to mass store closures, including those by anchor stores including Macy’s, JCPenney and Sears. With so much open space, major mall operators have scrambled to shift to more entertainment-driven options, accommodate other store functions such as BOPIS and product returns, or even consider transforming them into office space and residential units, creating sources of both daytime and nighttime traffic.

The shift in shopper habits to online along with competition from mass merchants, off-price retailers and DTC brands have left mall-based retailers such as department stores and specialty apparel companies struggling. Some of these retailers have declared bankruptcy (most recently Forever 21) or have liquidated altogether. Sephora and Macy’s have both gone on record as saying that they are pivoting away from malls with their newer store formats. Macy’s management acknowledged that rapidly deteriorating sales trends at lower-tier malls contributed to weak holiday results.

International Council of Shopping Centers (ICSC) CEO Tom McGee has been perhaps the most vocal among those concerned about the state of malls amid the COVID-19 outbreak, noting the imminent financial stress that both mall landlords and tenants, primarily retailers, will face if there is no federal government intervention.

In a letter sent to the Trump administration, McGee called for the U.S. government to “guarantee or directly pay for business interruption coverage for retailers, restaurants and other tenants as well as landlords.” McGee noted that the organization’s 70,000 members, which include mall operators, developers, financial institutions, and tenants such as retailers, restaurants and gyms, must have their stability assured or they risk not being able to repay the combined $1 trillion in debt they have accrued.

If malls remain closed for a prolonged period, it is very possible that more retailers that already have been struggling will lose significant capital unless a full-scale bailout occurs. This could lead to short-term store closures becoming permanent and further bankruptcy filings. As many as 15,000 stores could be permanently shut down in 2020, according to Coresight Research, well surpassing the 9,300 that closed in 2019.

A Coresight Research study from February found that 58% of people said they were likely to avoid public areas such as shopping centers and entertainment venues if the virus outbreak worsens in the U.S. —which it since has.

“Among those likely to change habits if the outbreak worsens, around three-quarters expect to avoid shopping centers [and] malls — making this the most-avoided type of location,” Coresight Founder Deborah Weinswig said in the report. “Shoppers say they will continue to avoid malls more than shops in general.” 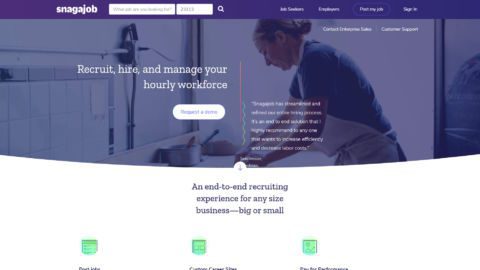