Some Whole Foods employees across the country staged a work stoppage on March 31, one day after workers at a Staten Island Amazon warehouse held a walkout that reportedly led to a firing, according to The Guardian. A contingent of Instacart employees also stayed off the job on March 30, voicing demands for higher pay and better access to paid leave and disinfectant.

The Whole Foods “sickout” involved associates calling in sick. Worker demands include improved workplace safety and benefits. including hazard pay and sick pay for employees who may be sick but haven’t been tested for COVID-19. The sickout was originally scheduled for May 1, but safety concerns led workers to push the day to March 31.

The size of both the Whole Foods sickout and the Instacart walkout were unclear, though Instacart organizers believe that thousands of the company’s 200,000 workers refused to report to their jobs, according to The New York Times. The Instacart action was designed to generate pressure by adding to the company’s growing order backlog.

The Amazon Staten Island warehouse walkout was local rather than national, but it also has garnered attention for the reported firing of one of its leaders. Amazon stated that processing assistant Chris Smalls was terminated because he had come into “close contact with a [COVID-19] diagnosed associate,” but did not comply when “asked to remain home with pay for 14 days.”

“Despite that instruction to stay home with pay, he came onsite today, 30 March, further putting the teams at risk,” said Amazon in a statement. “This is unacceptable and we have terminated his employment as a result of these multiple safety issues.”

However, Smalls claims he was targeted for organizing his workplace. Amazon stated that the employee Smalls was exposed to last reported to work on March 11, which would have required a 14-day quarantine that ended on March 25. Smalls said that Amazon didn’t send him home until March 28, three weeks after exposure, and that no one else who had worked alongside the infected employee had been put in quarantine at all.

Workers at the location in question, the JFK8 warehouse in Staten Island, went on strike to demand the facility be shut down for cleaning and for Amazon to provide them with protective gear and hazard pay for the remainder of the pandemic. The inciting incident was reports of multiple employees testing positive for the coronavirus: Amazon confirmed that two workers have been quarantined, but protestors during the strike claimed there were 10.

The size of the walkout also has been disputed: Amazon claims it involved 15 workers, while the strike’s organizers say they totaled 60. Regardless of the number, Amazon has confirmed that no other participants in the protest would be subject to discipline or termination. 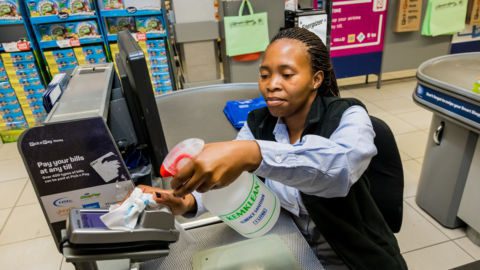