Following is Part 1 of the Retail TouchPoints series, titled: How Innovative Technologies Are Saving The Store. This section discusses how showrooming has impacted brick-and-mortar sales, and how retailers can embrace omnichannel solutions to keep pace. Part 2 of the feature will appear in the July 16 newsletter.

Brick-and-mortar retailers have experienced a series of unique challenges during the past 10 years. The rise of eTailers and the growing popularity of smartphones have often been cited as a cause of declining brick-and-mortar sales. Online and mobile commerce continue to capture a growing percentage of total spending, according to comScore research.

Desktop-based e-Commerce sales reached $50.2 billion in the U.S. during Q1 2013, a 13% increase over the same period in 2012, comScore reported. Additionally, m-Commerce data showed mobile added $5.9 billion in spending during the quarter.

Showrooming is the most common scapegoat used to explain how and why mobile and e-Commerce are endangering brick-and-mortar retail sales. In response, for example, Target discontinued stocking the Amazon Kindle, allegedly to prevent consumers from checking competitive pricing through the Internet. Some fashion outlets have added a fitting fee simply for browsing items, according to a recent article from BBC.

However, some industry experts note that showrooming is nothing new. According to Nikki Baird, Managing Partner at RSR, the utility of mobile devices simply has sped up the price-searching journey.

“Consumers have always showroomed and they always will,” Baird said. “Mobile just accelerates the process. It’s more important for retailers to understand what causes the non-cherry picking customers to pull their mobile phones out in the first place.”

A study from RSR indicated that most retailers believe mobile is useful for driving traffic into the store but have little interest in using mobile to engage consumers once they are actually in the store. Though it has      Although some analysts have dismissed showrooming as an empty threat, a recent report from the IBM Institute for Business Value indicated that the small percentage of U.S. showroomers can still be detrimental to retailers. Only 7% of U.S. consumers identified themselves as habitual showroomers but 50% of all online sales are driven by showrooming, according to the report.

“At this point, retailers need to be willing to experiment,” said Baird. “We’re at the early days of innovation for in-store technology, even though some of the technologies that retailers are looking at have been around a long time. Consumers just haven’t been primed to be receptive to technology as part of the store experience for a long time, but I think that is changing thanks to their online experiences.”

Retailers are keeping pace with showrooming and other consumer trends by integrating innovative tools and technologies into their brick-and-mortar stores. As a result, these retailers are creating more compelling shopping experiences, which help to improve customer engagement and overall store revenue.

Using Showrooming As An Advantage

The widespread adoption of social networks and mobile devices has created a new generation of consumers that expect an omnichannel brand experience. Using smartphones and tapping into social media, brick-and-mortar consumers always are connected and influenced by sources beyond the store.

Omnichannel strategies can be an effective way to target key influencers — even if most of a retailer’s demographic doesn’t have a significant digital footprint.

In a recent study, the Terry Lundgren Center for Retailing found that 22% of fashion consumers accounted for 69% of all fashion purchases in Europe and the U.S. Referred to as “Digital Divas,” this lucrative group of consumers is five times more likely than “non-divas” to influence the buying behaviors of their friends and family through social networks.

Digital Divas also have twice the expectations as non-divas for personalized and exceptional service, and 45% consider multiple channels an important consideration in their shopping experience.

As a result of these multichannel browsing and buying behaviors, Digital Divas are considered “the epicenter of a brand’s success,” according to Rob Garf, VP of Production and Marketing Solutions at Demandware.

“Showrooming isn’t a four letter word,” Garf said. “These savvy consumers demand many of the capabilities that showrooming offers, most notably, personalized promotions, visibility into inventory across the chain, and a seamless experience across channels.”

For vendors that control their own brands, showrooming might even be an advantage. For example, J. Crew plans to double online sales as a result of consumers scanning products in stores, according to Deena Amato-McCoy, Research Analyst for the retail branch of Aberdeen Group. Coach is another brand that is targeting showrooming as a way to boost interest in outlet stores.

“As loyal Coach shoppers know, the brand’s outlets carry overstocks, store exclusives and other competitively priced merchandise that at times cannot be found online or even in full-line stores,” said Amato-McCoy. “By putting more power behind this division, the company is seeing results. In fact, one of its most popular locations, the Woodbury Commons Outlet Mall in New York, has become a shopping destination for loyal shoppers. This treasure hunt model has significantly helped the company boost its profitability and use showrooming to its advantage.”

If shoppers are on their smartphones and on social networks — particularly while in- store — then retailers should leverage those channels in order to connect with customers. While most retailers are worried that store management is spending too much time on store technology and administrative tasks, Retail Winners are more concerned about a focus on cross-channel selling and fulfillment, according to a report from RSR Research.

Retail leaders are embracing the cross-channel challenge, added Amato-McCoy, noting that as many as 30% of retailers are adding smart technologies to their POS strategies and 40% are planning for similar capabilities in the next 12 to 24 months.

“Shoppers are entering stores with smart devices and using them as shopping tools, whether it is for research, sharing experiences via social apps, or to pay for merchandise,” Amato-McCoy said. “Retailers need to be ready, like it or not. They need to create a strategic plan and decide how mobile will play a role within their omnichannel experience.”

Cabela’s, for example, is integrating location technology with mobile, explained Greg Hickman, Mobile Marketing Manager. By using the Localpoint platform from Digby, Cabela’s is able to track consumer movement and gain valuable insights to drive leads. The location technology showed Cabela’s which part of the store customers visit most, how long they stay, and how quickly they make purchase decisions.

“Mobile compliments your other channels,” said Hickman. “People are using mobile to do the same things they’ve done before, like getting coupons and reading reviews. Mobile doesn’t exist in a silo. It has to be used in conjunction with other marketing tools.”

At a cost of somewhere between $1,500 and $20,000, traditional POS systems can be expensive to install and maintain. Conversely, an iPod touch that has been customized for POS could cost approximately $500, while an iPad tailored for the same purpose might cost approximately $1,000, based on a recent example from Urban Outfitters. Because of cost, as well as a potentially improved customer and associate experience, some retailers are transitioning to mPOS.

The flexibility of mPOS is an attractive selling point for both consumers and store associates. For example, if a customer wants an item that is out of stock, employees or store managers can use mPOS to order the item online and have it delivered directly to the customer’s home. Traditional, store-centric POS sales will gradually die off in the next 15 years, predicted Garf.

“The convergence between store and ecommerce technologies is accelerating,” Garf said. “It’s time to invest in a single digital backbone to power both virtual and physical interactions between retailers and consumers to provide the best shopping experience.”

“The main reason we pursued mPOS was for clienteling,” noted Luis Paez, CIO of Perry Ellis International, in an interview with Retail TouchPoints. “Being able to approach and work with the customer more effectively was very important. Employees and store managers now are equipped with the tools to build that relationship with shoppers and create more interactive experiences.”

Part 2 of the feature, titled: How Innovative Technologies Are Saving The Store, will appear in the July 16 newsletter. 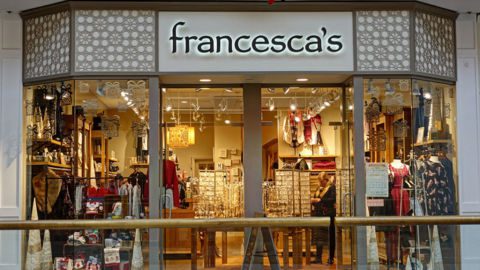